On May 12th, the 7th Squadron of the 4th Lanciers and the 5th of the 3rd were hurriedly placed along the railway Tirlemont-Liege to fill the gap between the Belgian 2nd Cavalry and the French 12th Cuirassiers, west of Goosoncourt airfield. On the morning of the 13th, a deployed German infantry regiment closed on the Belgian positions. . . The VP are awarded to the Belgians at game end: 2VP for a squad and 1VP for a HS regardless of location; plus VP for AFV around 43O10; plus VP for exiting squads/HS. In other words, the Belgians object is simply to survive with 13 VP at game end.
Attacker: German (Infantarie Regiment 19, 7th Infantarie Division)
Defender: Belgian (5ème Escadron/3ème Lanciers, DI Peloton Somville and DBT Group-Peloton Dirix-Peloton Caeymax, 7ème Escadron/ème Lanciers) 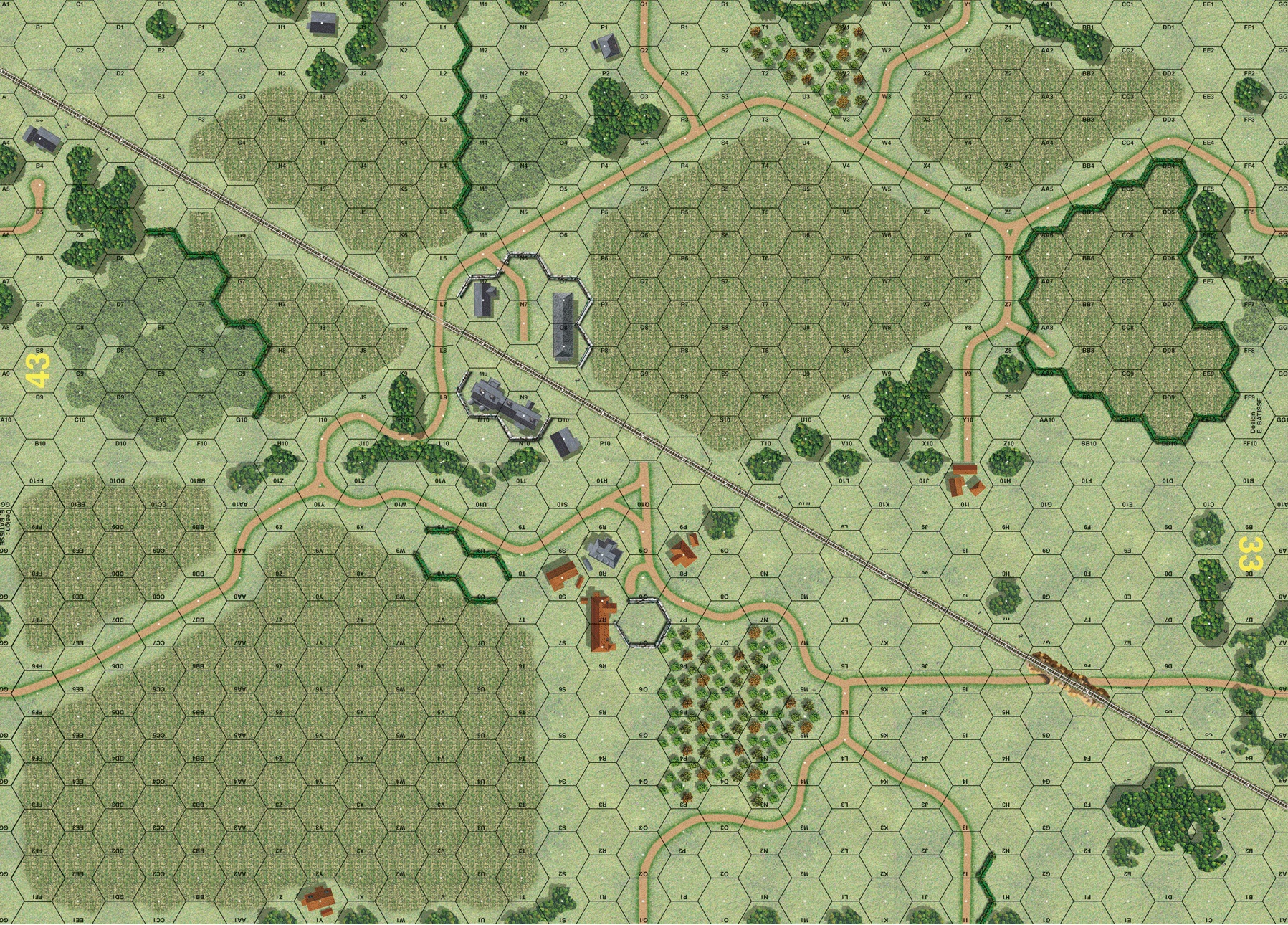 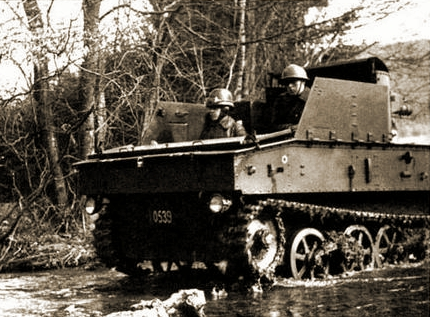 T-13 MkII B: The gun and turret mounted backwards to keep enough space for crew and ammunition. Side armor shields folded down to give full 360° traverse of the turret. Armament was fairly heavy for this lightweight vehicle, giving it a very nasty bite 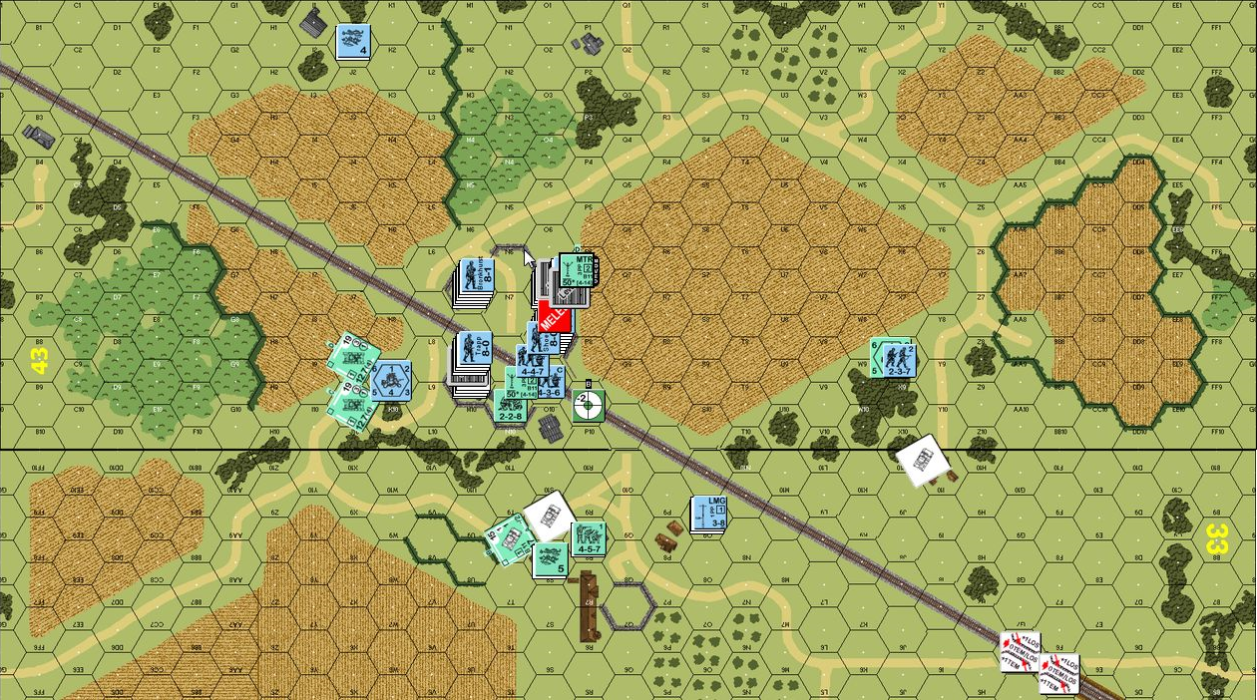