Colonel Frost could feel the German noose tightening about his weary force. No word had arrived from the remainder of the 1st Airborne Division. All positions east of the Arnhem Road Bridge were now in German hands or abandoned, nothing had been heard from Platoon 8 since the wee hours of the morning. The desperately need relief from XXX Corps was nowhere in sight. Knowing it would doom the entire operation, but also aware that the situation was rapidly deteriorating anyway, Colonel Frost gave in to recommendations that the bridge be wired for demolition while it was still in British hands. The remnants of Troop B would set the charges while Major Gough’s men provided cover. Meanwhile, spurred by reports of heavy Allied pressure near Nijmegen, Brinkmann ordered a reinforced company of Pioneers to seize the bridge and set demolitions – “just in case.” The two forces collided near the burnt out remains of the positions evacuated by Troop B earlier in the day.
Attacker: German (SS) (Kampfgruppe Brinkmann, SS-Panzer Division 9)
Defender: British (Troop B, Royal Engineers and Royal Army Service Corps, 1st Parachute Brigade, 1st British Airborne Division) 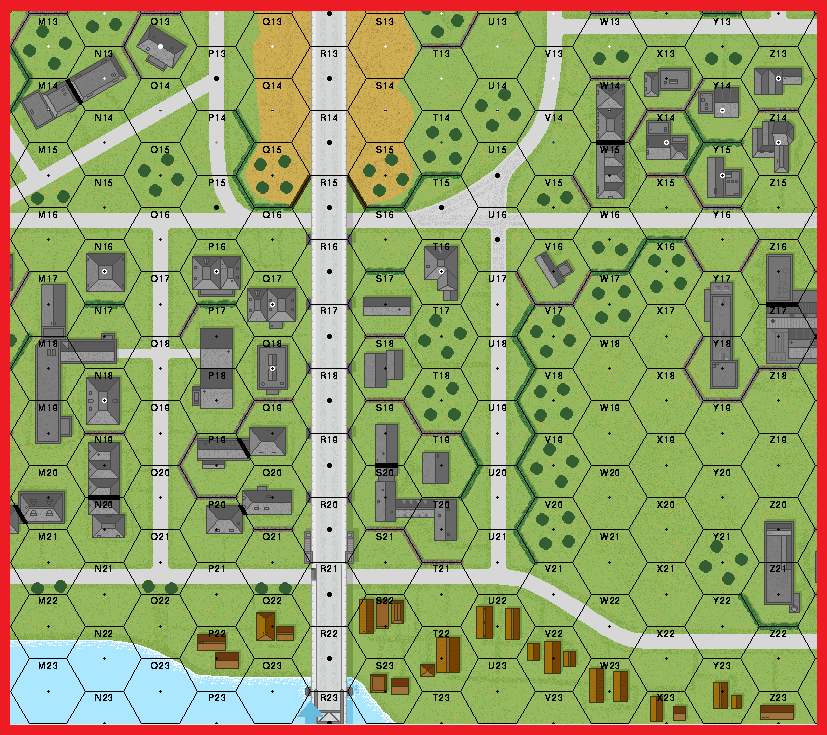 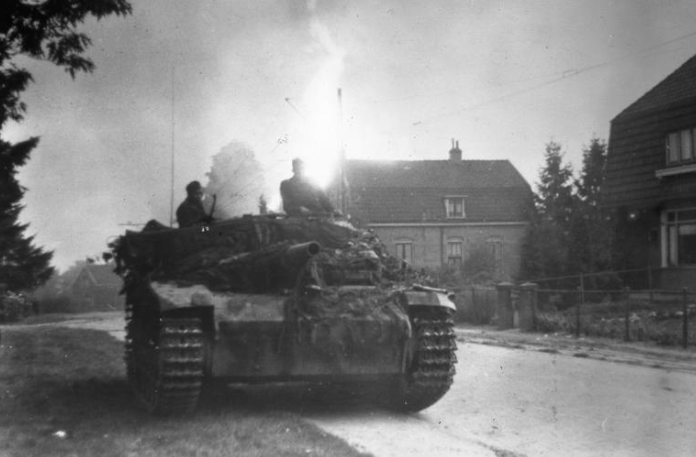