The opening of Operation Citadel came as no surprise since both sides had been building up their forces for weeks. The first task facing the German assault was to break through the heavily defended Soviet lines. The Soviet positions, containing six defensive belts, were strong and deep. In front of each belt of strongpoints were vast minefields averaging 5,000 mines per mile of front. The strongholds themselves contained anti-tank guns and ditches, pillboxes, and entrenchments. At the road junction of Maloarkhangelsk, the experienced Württemburg Regiments of the 216th Division were hurled against the Soviet wall with the objective of cracking these formidable defenses. To aid their breakthrough attempt, the Württemburgers were reinforced with assault guns and the new Ferdinand tanks, as well as with flamethrowing engineers. In the morning hours of the 5th, the Ferdinands began to rumble forward in a storm of steel.
Attacker: German (Infanterie Division 216 and Panzerjäger Abteilung 654)
Defender: Russian (254th Rifle Division, XVIII Guards Rifle Corps) 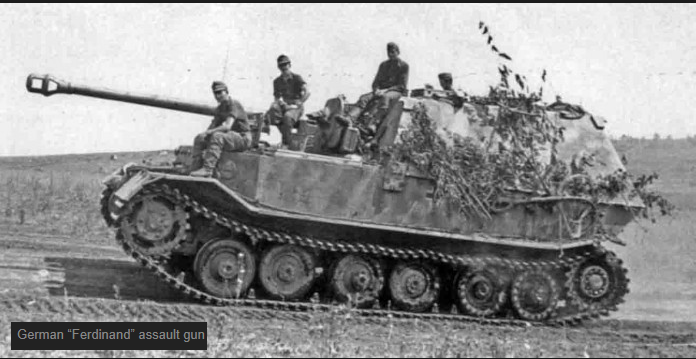 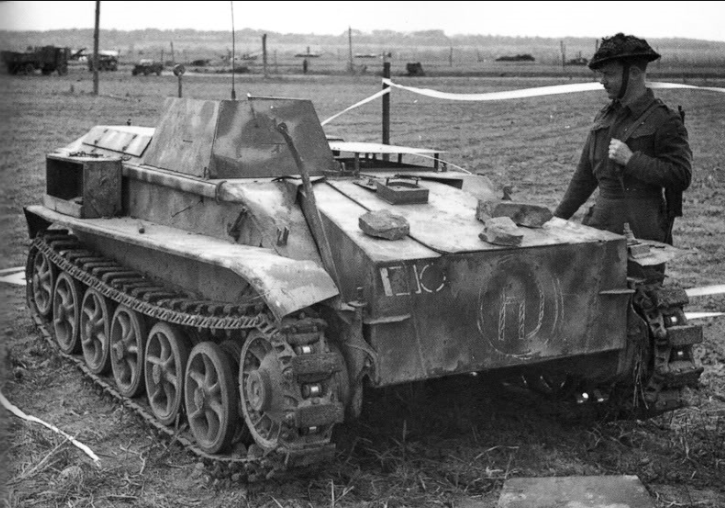 The Borgward IV was much heavier than the Goliath, and carried a much larger payload. The B-IV was operated by radio. When it reached the target, the vehicle would drop the charge and leave the danger area.