The first counter-attack by the 502nd Heavy Panzer Battalion drove forward, accompanied by men of the 121st Infantry Division. Enemy artillery and small-arms bounced off the armor, and the landsers wisely kept their distance from their supporting Panzers. The Tigers roared on, powering up the heights in the center, and then, using the gully on the west side for cover, into the ruins of their broken defenses around Sujewo. As the German tankers crested the hill, enemy fire erupted from the far side, where a large number of Soviet tanks, SP-guns and artillery pieces had pulled up on the reverse-slope and the flats beyond.
Attacker: Russian (Elements of 33rd Rifle Division and 1st Shock Army)
Defender: German (Elements of the 405th Regiment, 121st Infantry Division and the 502nd Heavy Panzer Battalion) 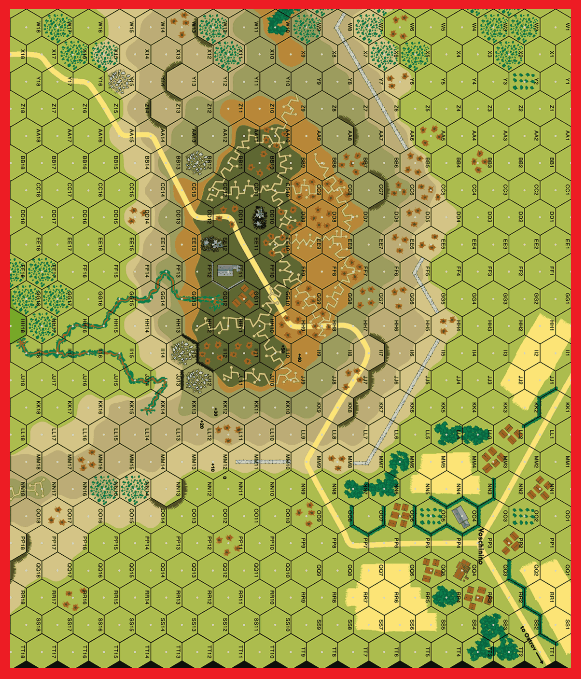 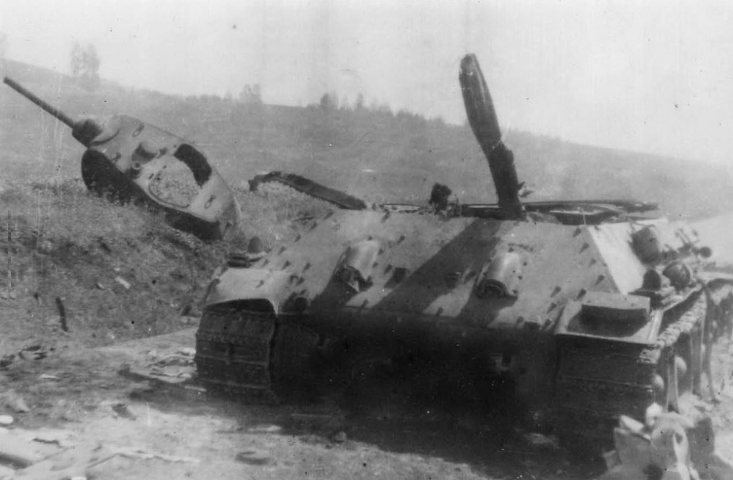