The Second Battle of Târgu Frumos, part of the First Jassy-Kishinev Offensive, was a military engagement primarily between the Wehrmacht and Red Army forces in May 1944, near Iași, Romania.The battle of Târgu Frumos has been used as a case study in officer tactical education in the United States Army and other armies, teaching how a mobile defense can defeat an armored spearhead. During the battle, Hasso von Manteuffel, commander of the Grossdeutschland division, first encountered the new Soviet Stalin tank, "It was at Târgu Frumos that I first met the Stalin tanks. It was a shock to find that, although my Tigers began to hit them at a range of 3,000 meters, our shells bounced off, and did not penetrate them until we had closed to half that distance. But I was able to counter the Russians' superiority by maneuver and mobility, in making the best use of ground cover."
Attacker: Russian (Elements of the 16 Tank Corps)
Defender: German (Elements of Panzer Grenadier Division Grossdeutschland) 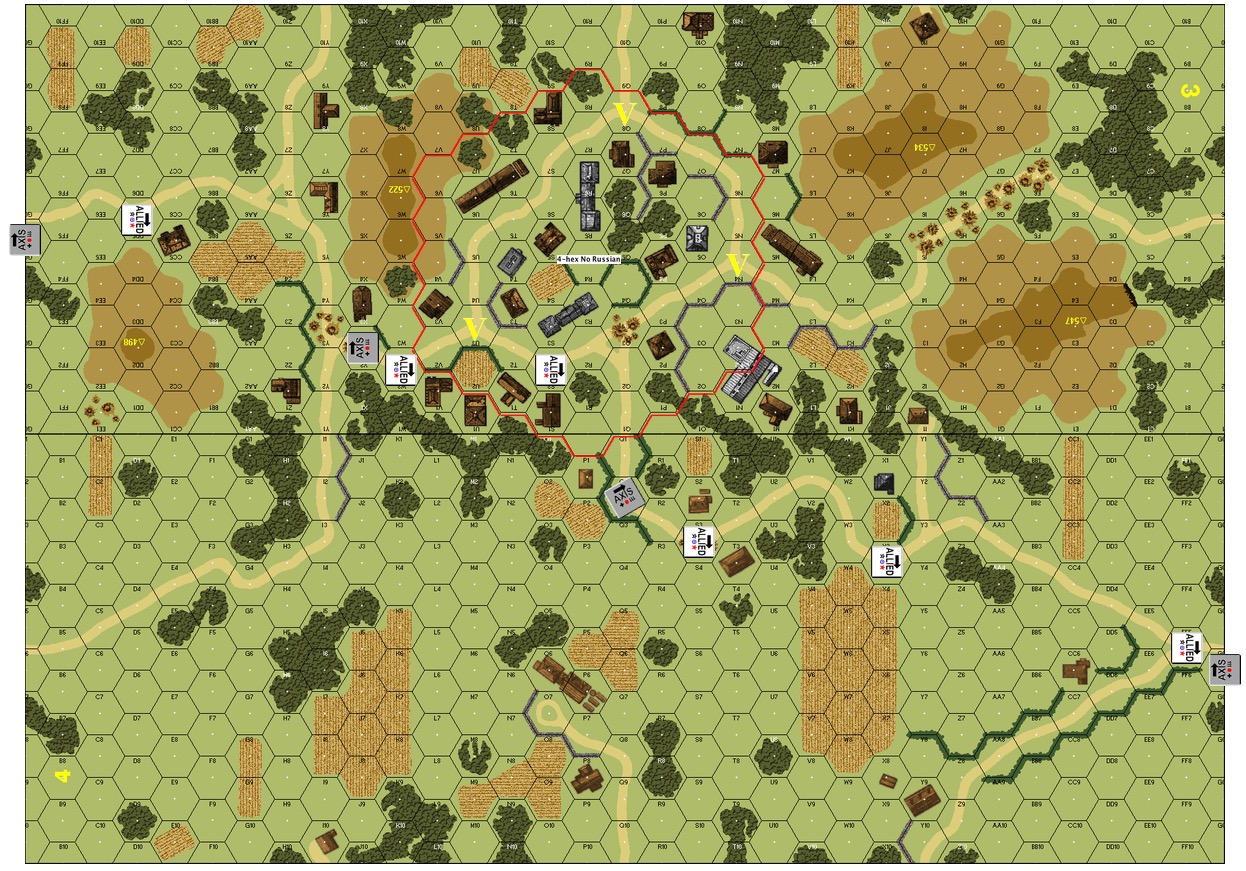 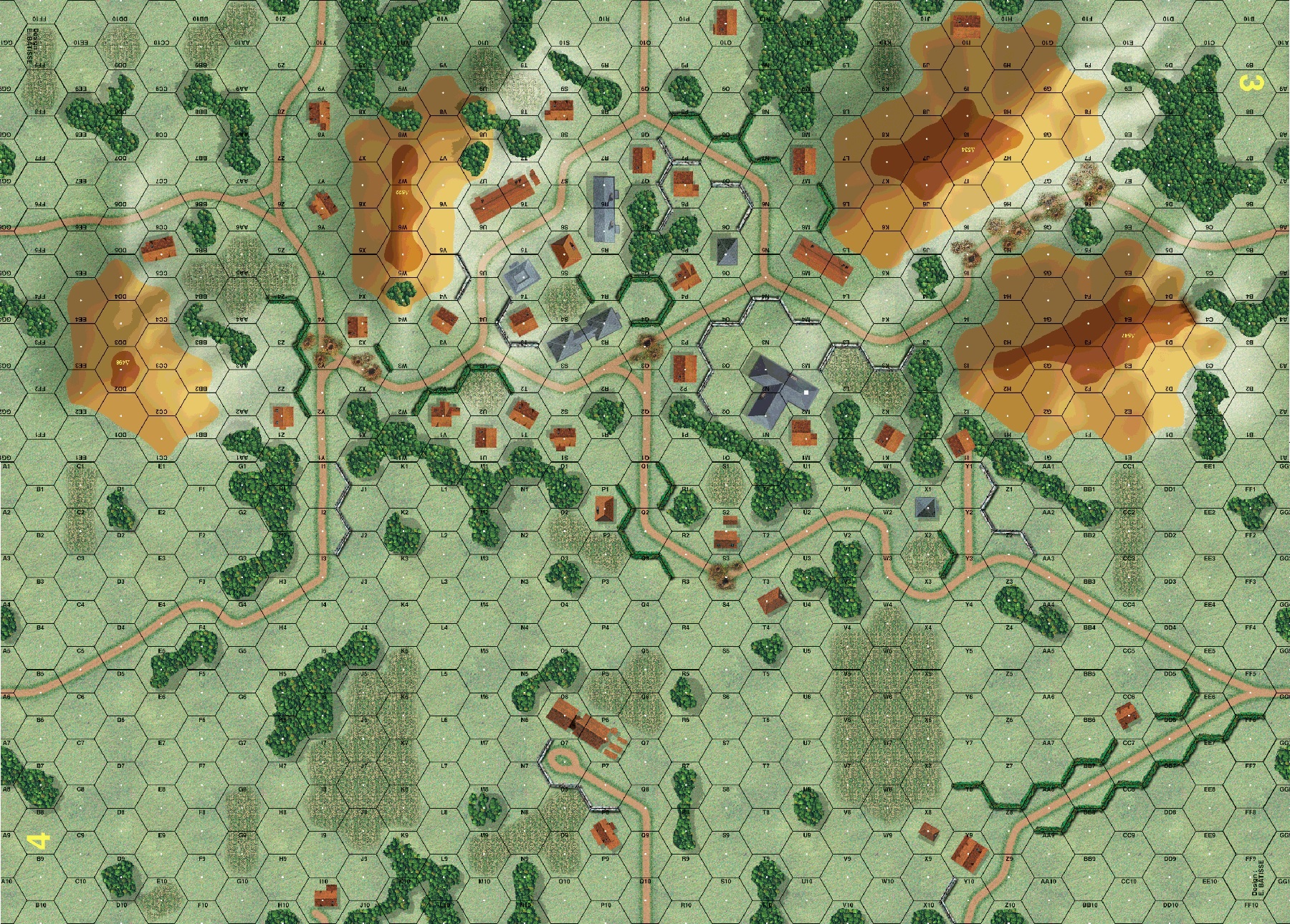 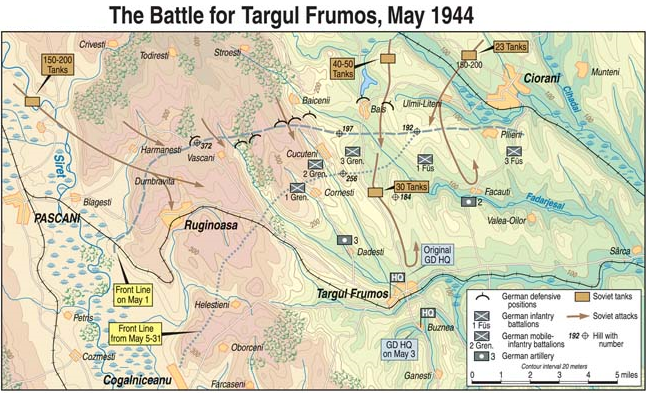