For the British first airborne, the objective of Market-Garden was the bridge over the Rhine at Arnhem. The task of securing the bridge fell to the three battalions of the 1st Parachute Brigade. Each brigade was assembled and set off toward Arnhem by a different group. Just west of Oosterbeck, on “Tiger Route”, No. 5 Platoon, B Company approached a set of crossroads as a German AFV, supported by infantry, attacked from a side road. . .
Attacker: British (Nos. 5 & 6 Plts, B Co., 3rd Bn, 1st Parachute Infantry Brigade and C Troop, 1st Airlanding Anti-Tank Battery)
Defender: German (SS) (No. 9 Kompanie, SS Panzer Grenadier Depot and Reserve Battalion 16 (Battalion Krafft)) 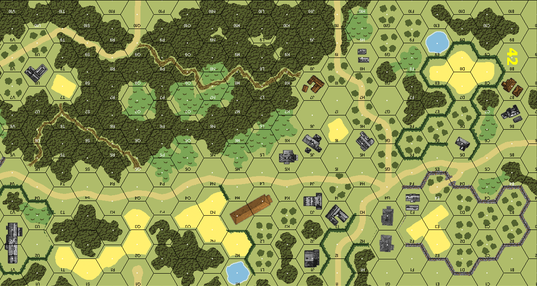 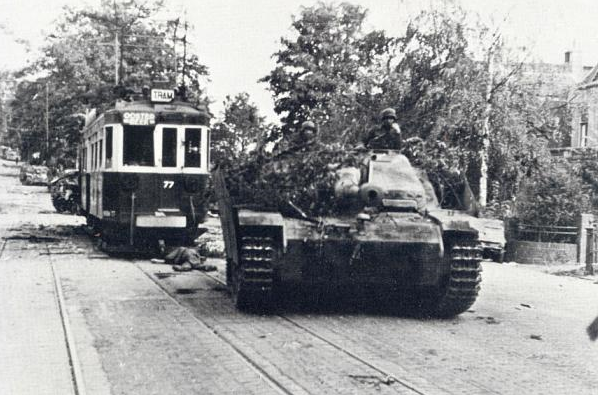 StuG III moving past a tram in Oosterbeek