The Italians had long had a battalion to keep order in this quasi-colony of theirs, and following the Italian surrender to the Allies, the Japanese surrounded the Italian quarter and demanded their surrender. The Italians offered this soon enough, but not before some skirmishes had occurred.
Attacker: Japanese (5th Division, Imperial Marines and 7th Tank Regt)
Defender: Italian ("Carlotto" Bn, San Marco Marines) 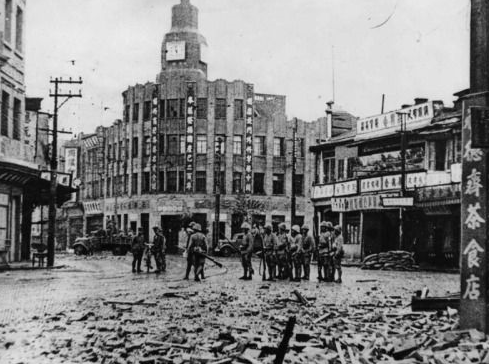