The 116th Regiment was like the rest of the 29th Division: heavily trained but without combat experience. D-Day would be its first test. The very first troops on the beach at Vierville would be Companies A, E, F and G, spread out across a wide stretch of Omaha Beach in the first wave, hoping that aerial bombardment had pounded the Germans as advertised, and praying for support from the Navy and tanks of the 743rd Tank Battalion. But it just wasn’t in the cards. The rough seas played havoc with command and control, and the Germans were alert and unharmed by the opening bombardment. It would be hours before any serious force from the 116th got off the beach, and there were not too many of them to answer the roll call on the 7th.
Attacker: American (Company F, 1st Battalion, 116th Infantry)
Defender: German (Elements of the 726 and 916 Infantry Regiments) 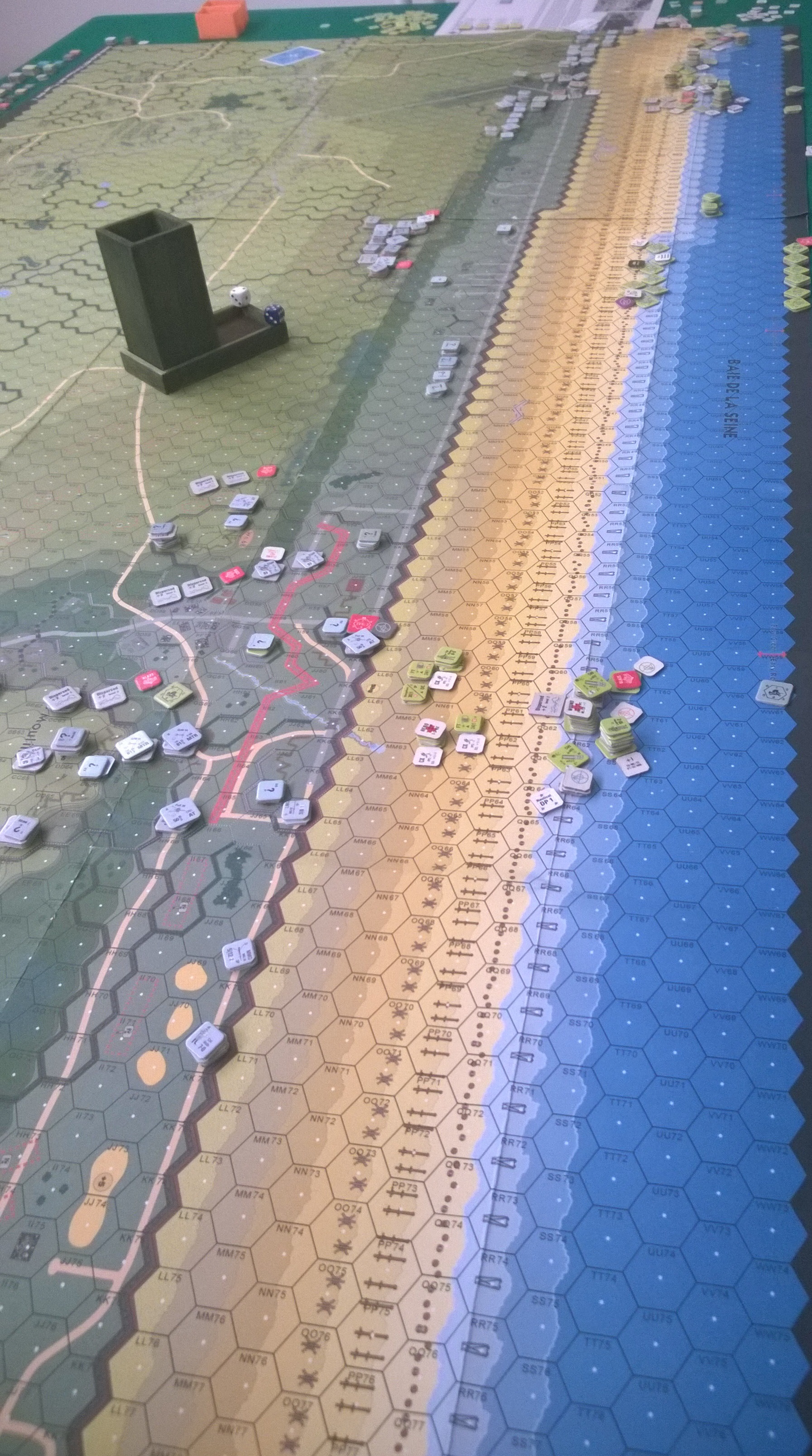