Early on the morning of the November 19, about 3500 Soviet guns and rocket launchers signaled the opening of Operation Uranus. Following an hour long bombardment, the leading Soviet divisions moved forward. At first, although on the receiving end of a very intense artillery bombardment many of the Romanian troops on the forward defenses managed to hold their ground. However, once the bulk of Soviet armor was committed, the Romanian lines quickly collapsed. By late afternoon, the Soviet 1st Tank Corps had broken through near Bolshoy and the lead elements were descending on the 22nd Panzer Division forming up at Petshany in an effort to plug the widening gap. Having less than 30 Panzer 38t tanks in service at the time it would fall upon the Panzer Grenadiers of the 22nd to stop the Soviet onslaught.
Attacker: Russian (Elements 1st Tank Corps)
Defender: German (Elements 1st Battalion, 129th Panzer Grenadier Regiment, 22nd Panzer Division) 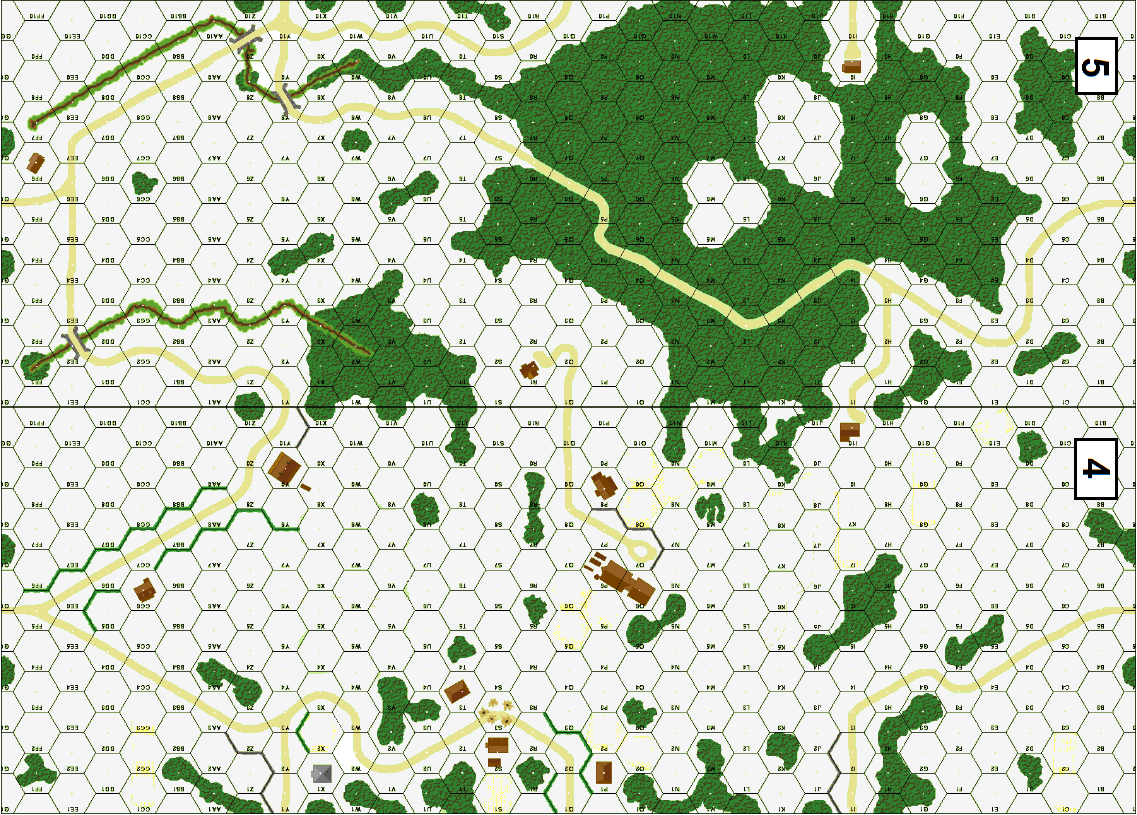 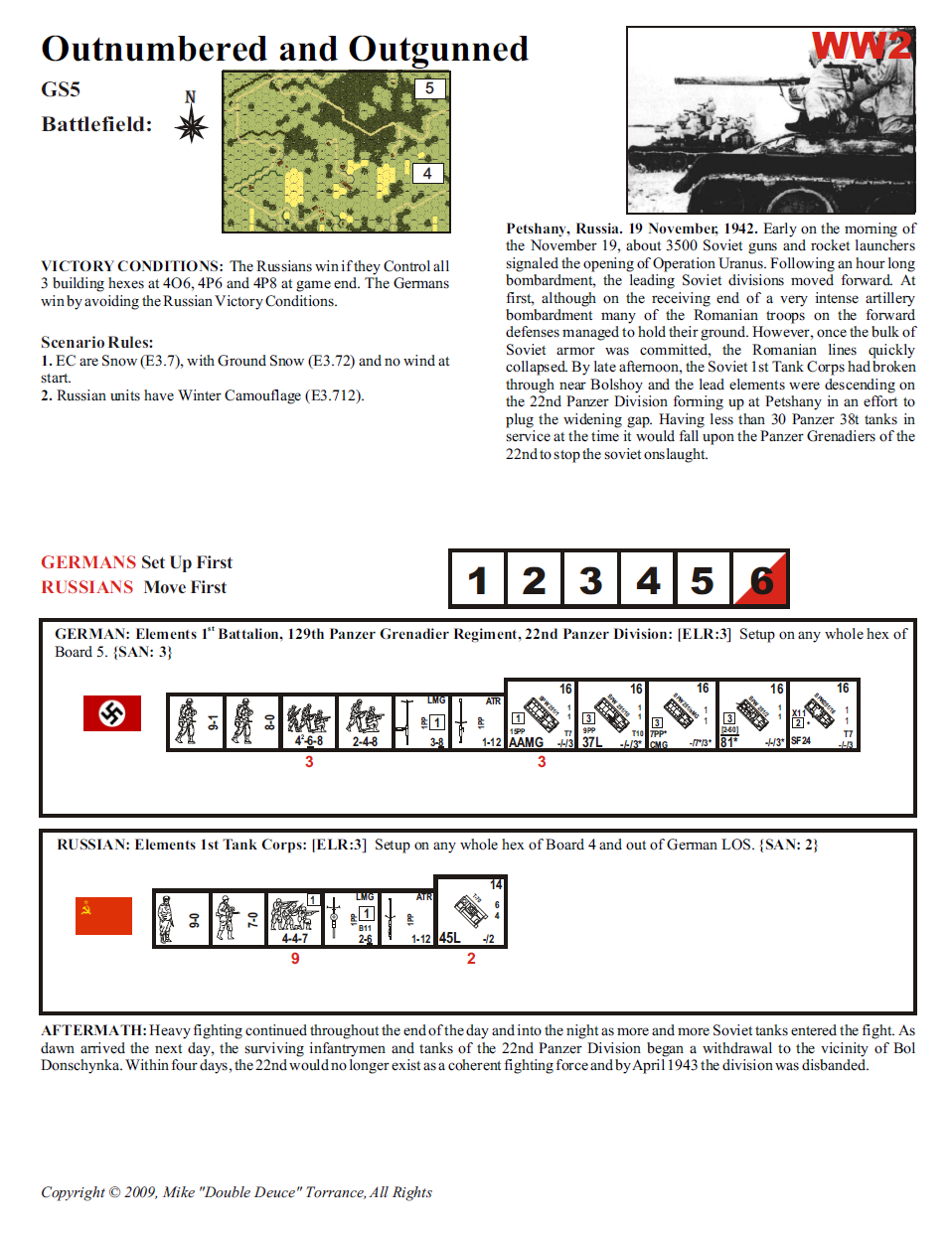