The U.S. 101st Airborne Division’s 506th Parachute Infantry Regiment was in the process of deploying to Uden, but with few vehicles the move took hours, during which the 107th Panzerbrigade struck, cutting off the 506’s Regimental HQ in Uden, from the remainder of the regiment somewhere along the highway between Eindhoven and Uden. “B” Battery, 81st Anti-Tank Battalion had been in action from the moment they had landed, shuffling from position to position, supporting the 506’s paratroopers in Son. The Battery was ordered to Veghel, where German tanks had been reported. The Battery Commander, Captain Alphonse Gueymard, gathered up a couple of guns and roared off as fast as possible for Veghel. On reaching the northern edge of the village, men were pointing and shouting, “Tanks! Tanks!”. Gueymard and his gun crews found themselves in the middle of an attack, with German tanks and halftracks bearing down on the American position.
Attacker: German (Elements of Kampfgruppe von Maltzahn)
Defender: American (Elements of 2nd Battalion, 506 PIR and B-Battery, 81st Anti-Tank Battalion) 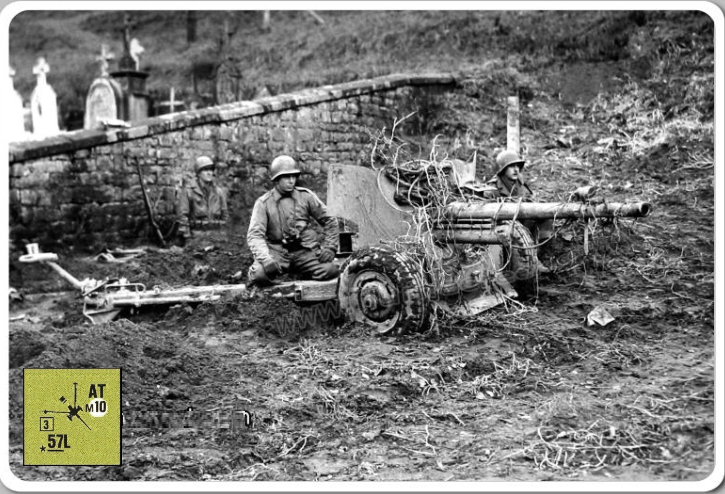