Rethymnon, a town on the north coast of Crete, was important to the military defense of Crete by the British and Commonwealth force because an airport had been completed about 8 kilometres east of the town. The Australian 2/1st and 2/11th Battalions, supported by elements from Australian artillery, medical, engineer and signals units, as well as the Greek 4th and 5th Regiments, took up positions in the hills south of the airfield. This was in anticipation of an airborne German attack. On the afternoon of 20 May, the second wave of Gruppe Mitte consisting of 1,500 paratroopers of the 2nd Fallschirmjager Regiment dropped near Rethymnon (Retimo). As the three bataillons landed in their designated drop zones, elements of the 3rd Bataillon quickly assembled what force was available and moved west to take Hill A overlooking the Retimo landing strip to meet their first day objective. Defending the area was the 2nd Company, 1st Battalion of the 19th Australian Brigade led by Lieutenant Colonel Ian Campbell. The Australians put up a stiff defense but were slowly pushed off the hill. Following the Australians initial shock and being forced off the hill, Campbell gathered what forces he had available and launched a counterattack supported by two tanks.
Attacker: German (3rd Bataillon, 2nd Fallschirmjager Regiment)
Defender: Australian (2nd Company, 1st Battalion, 19th Australian Birgade) 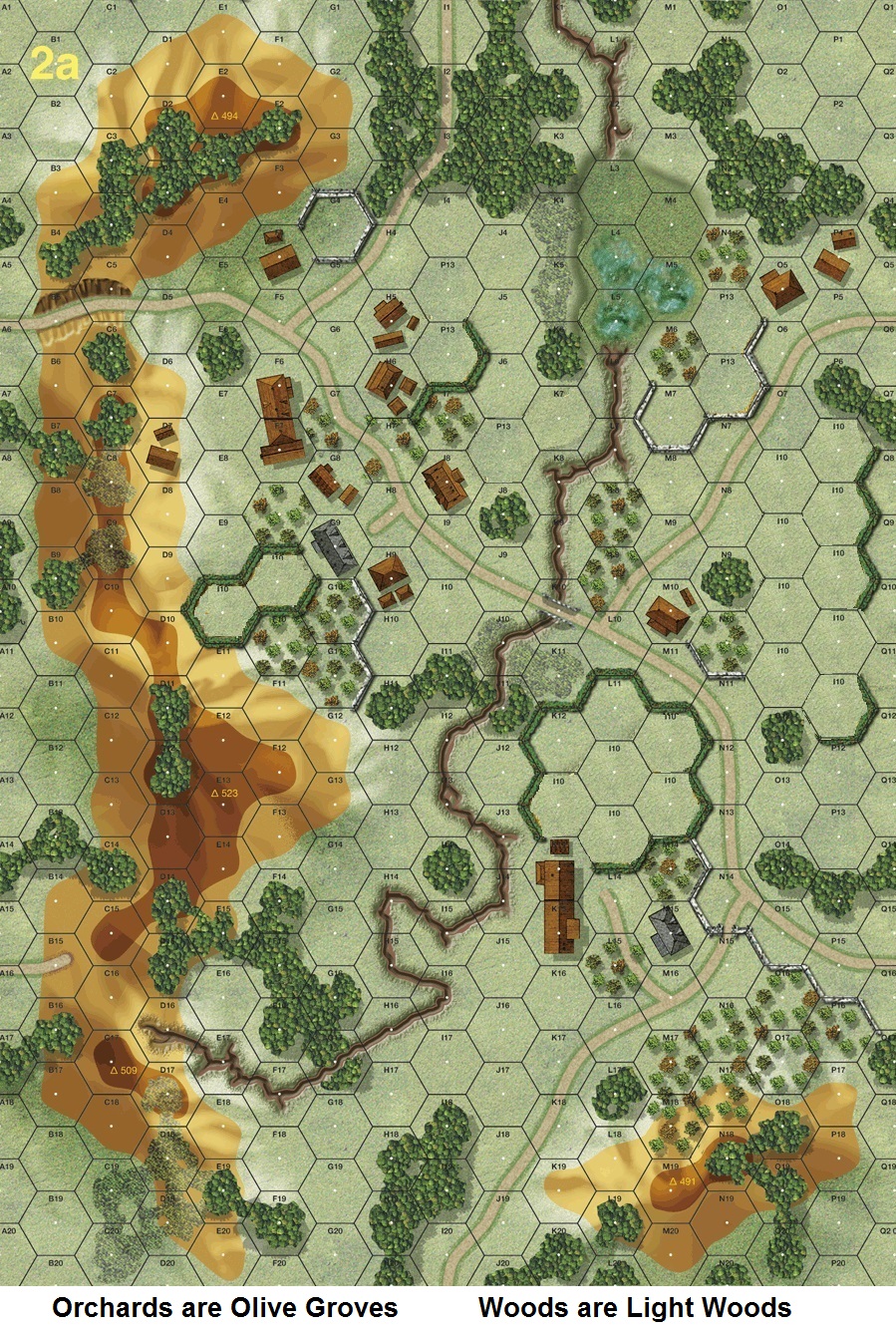 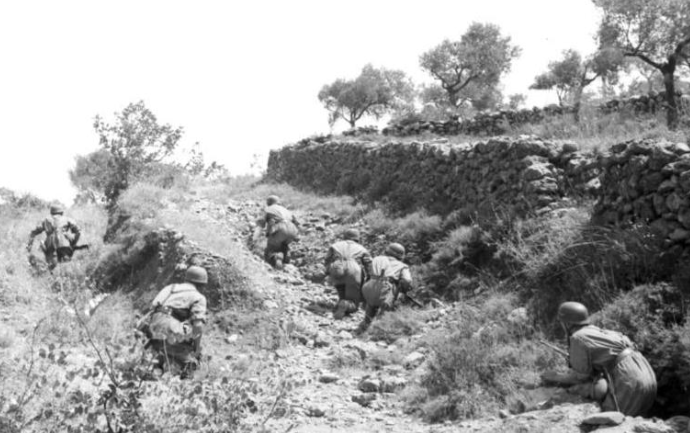