As the second day of the German Ardennes offensive began, the German 12th Volksgrenadier Division was still trying to push through the U.S. 394th Infantry Regiment at Losheimergraben in order to open up Rollbahn C for the 12th SS Panzer Division. By late morning, the 12th Volksgrenadier had managed to pass through the 294th and was emerging from the woods and toward Losheimergraben. One of the most exposed U.S. positions in the path of the German advance was a scratch force of riflemen, jeep drivers and others. This force of barely fifty men was led by 1st Lt. Dewey Plankers. Dewey withdrew into the village and deployed bazooka teams to watch for German armor. Soon the Voksgrenadiers advanced into the village with the support of three StuGs.
Attacker: German (12th Volksgrenadier Division and Pz.Jg.Abt.1012)
Defender: American (394th Infantry Regiment, 99th Infantry Division) 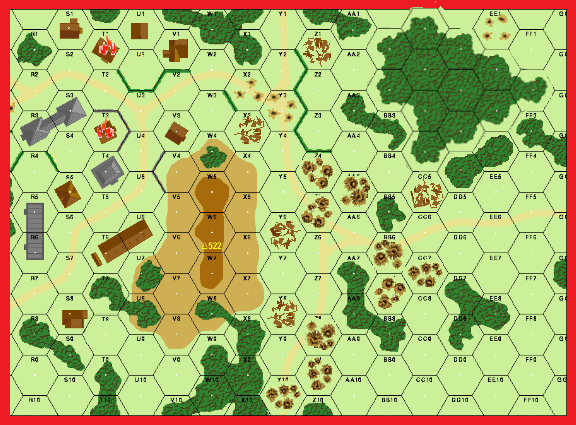 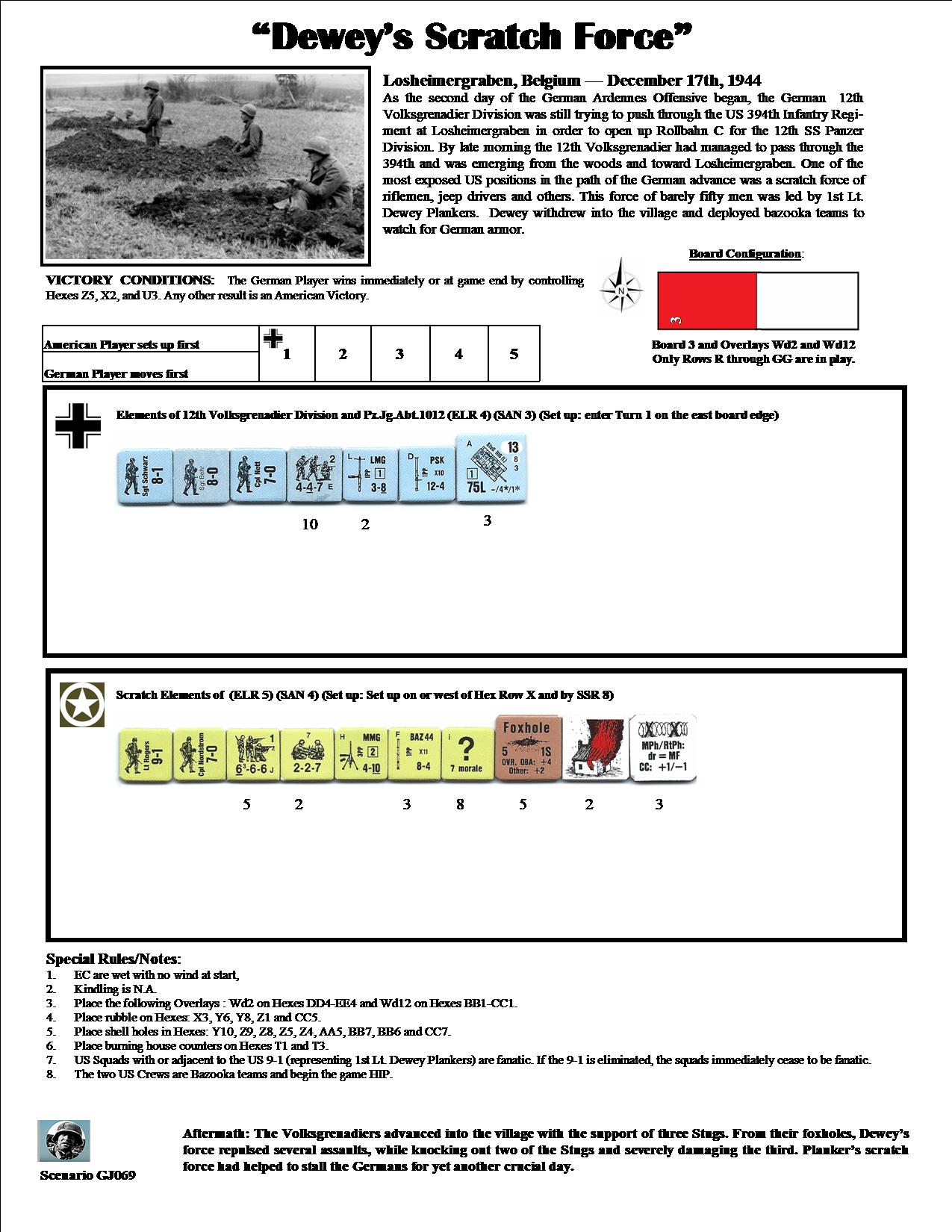 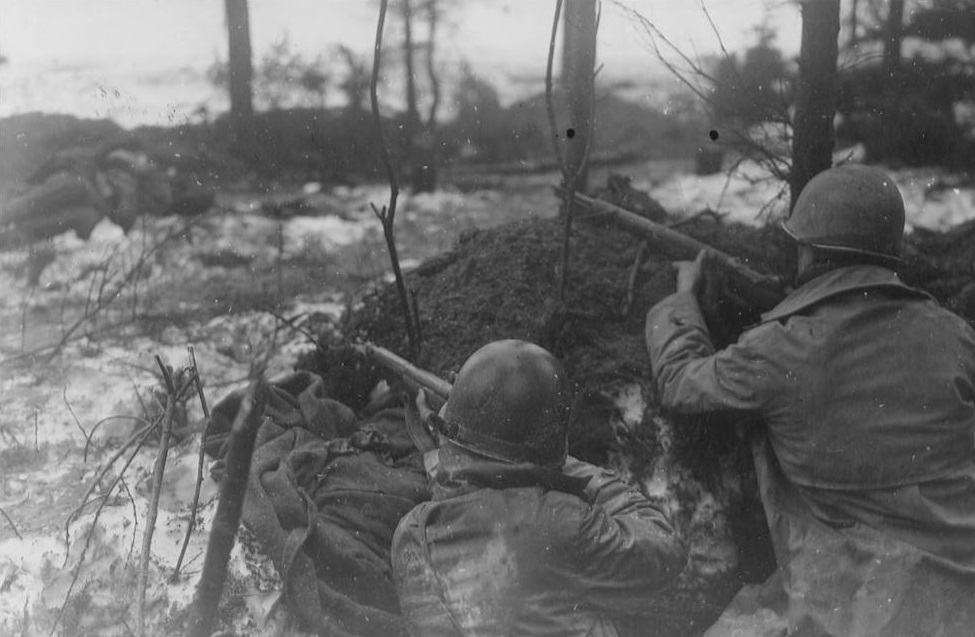