Reworking of "Fuel Depot #2" NEWS53 EP53 (snow added). . .The first battle at Stoumont was a clear victory for the SS, but not maneuvering had only added to the Kampfgruppe's growing fuel supply problems. Unfortunately Peiper did not yet know that the second and larger of the U.S. First Army's depots, with more than 2 million gallons of gasoline, was located near Cour - just north of La Gleize. On December 18th, the only American troops that stood in his way were the HQ Company of the 9th Armored Group: 5 halftracks, 2 assault guns and some Belgian Fusiliers. During the night, 90mm AAA guns and trailer-mounted Maxsons were added to the hastily organized defenses. At about midday on the 19th, a small German reconnaissance patrol of six AFVs probed the area.
Attacker: German (SS) (Elements of Kampfgruppe Peiper)
Defender: American (Elements of the 9th Armored Group) 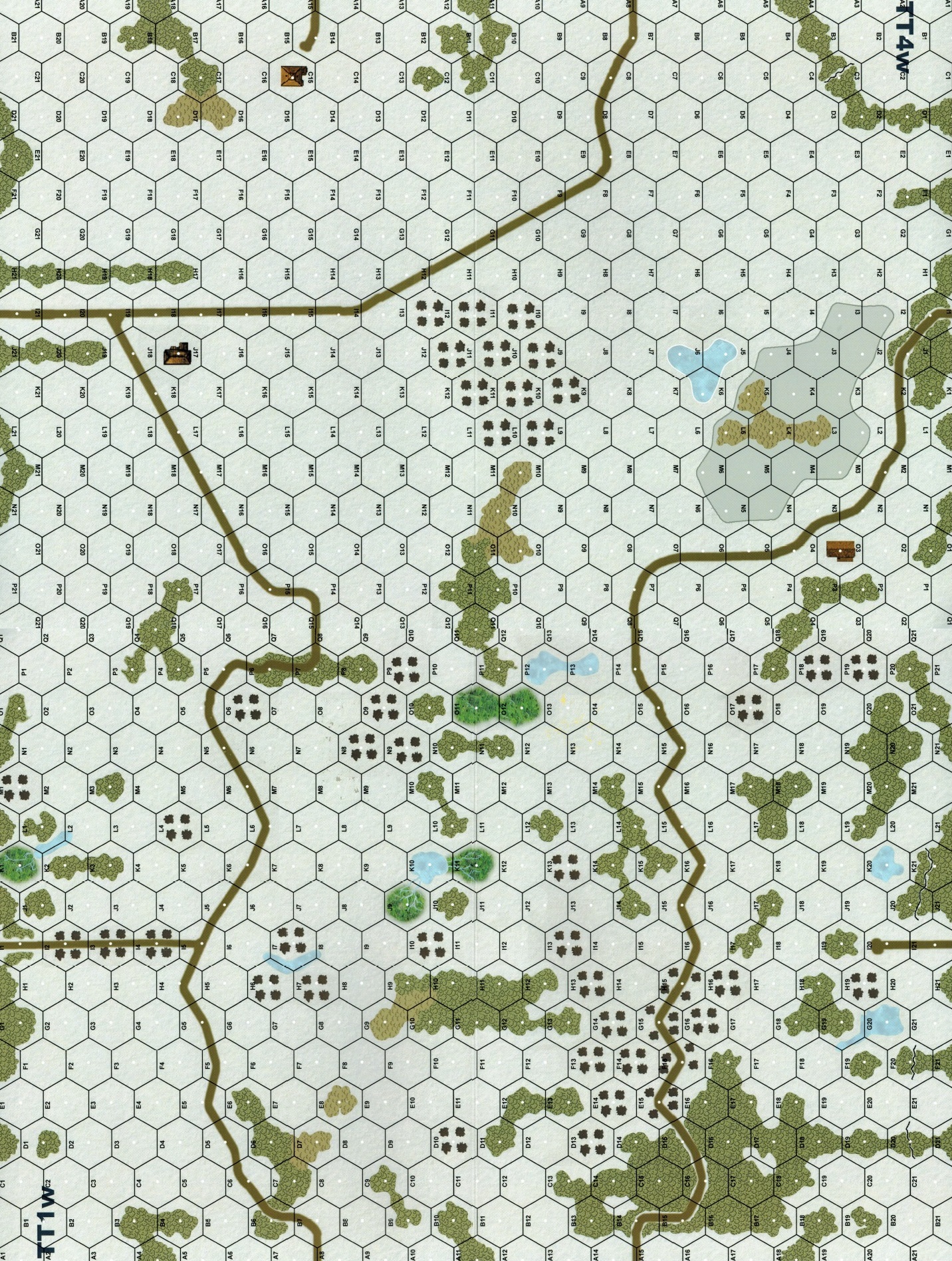