Prior to the landings on Crete, the Luftwaffe had been increasingly active, conducting softening-up operations. From 12 May forward German aircraft strafed and bombed the Heraklion area intermittently. On 19 May the intensity of the air onslaught took a noticeable uptick. On 20 May the defenders learned of the paradrops amidst the main body of Creforce near Suda Bay. The tired defenders, worn down by the incessant air attacks, remained vigilant. At about 1600 hours, 40-50 German aircraft came over the horizon and bombed and strafed for more than an hour.
Attacker: German (Fliegerkorps VIII)
Defender: British / Australian (Elements of 2nd Black Watch and 7th Australian Light AA Battery) 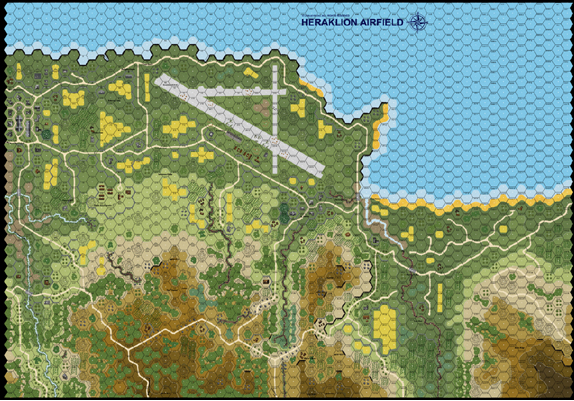