Task Force B consisted only of Capt. Goranson's Company C, 2nd Ranger Battalion, supported by a platoon of DD tanks from Company B, 743rd Tank Battalion. Goranson's outfit would be the first Rangers ashore – its mission was to secure the beachhead's west flank at Pointe da la Percee. The DD tanks never made it to shore. Captain Goranson and only half of his men made it unwounded to the shelter of the 90-foot cliffs. Lt. Moody looked at Goranson and said simply “Plan Two?” This meant the Rangers would ignore the guns far to the right, and instead start their war by climbing the cliffs right in front of them. Below them, Lt. Pingenot's single LCVP of Company B, 116th RCT. Dropped its ramp fifty yards out in a peaceful-looking cove. Moving through a curtain of smoke, they lost five men before gaining the shelter of the cliff. Meanwhile, Goranson made a critical decision – he decided to go left toward he fortified house and knock out any enemy positions there before proceeding on his mission to Pointe de la Percee. The Rangers found that juts beyond the house lay a strongpoint consisting of a maze of dugouts and trenches, including machine-gun emplacements and a mortar position.
Attacker: American (Elements of Company C, 2nd Ranger Battalion and Lt. Pingenot's Boat Section, Company B, 116th RCT)
Defender: German (Elements of 11/III/726 Infantry Regiment) 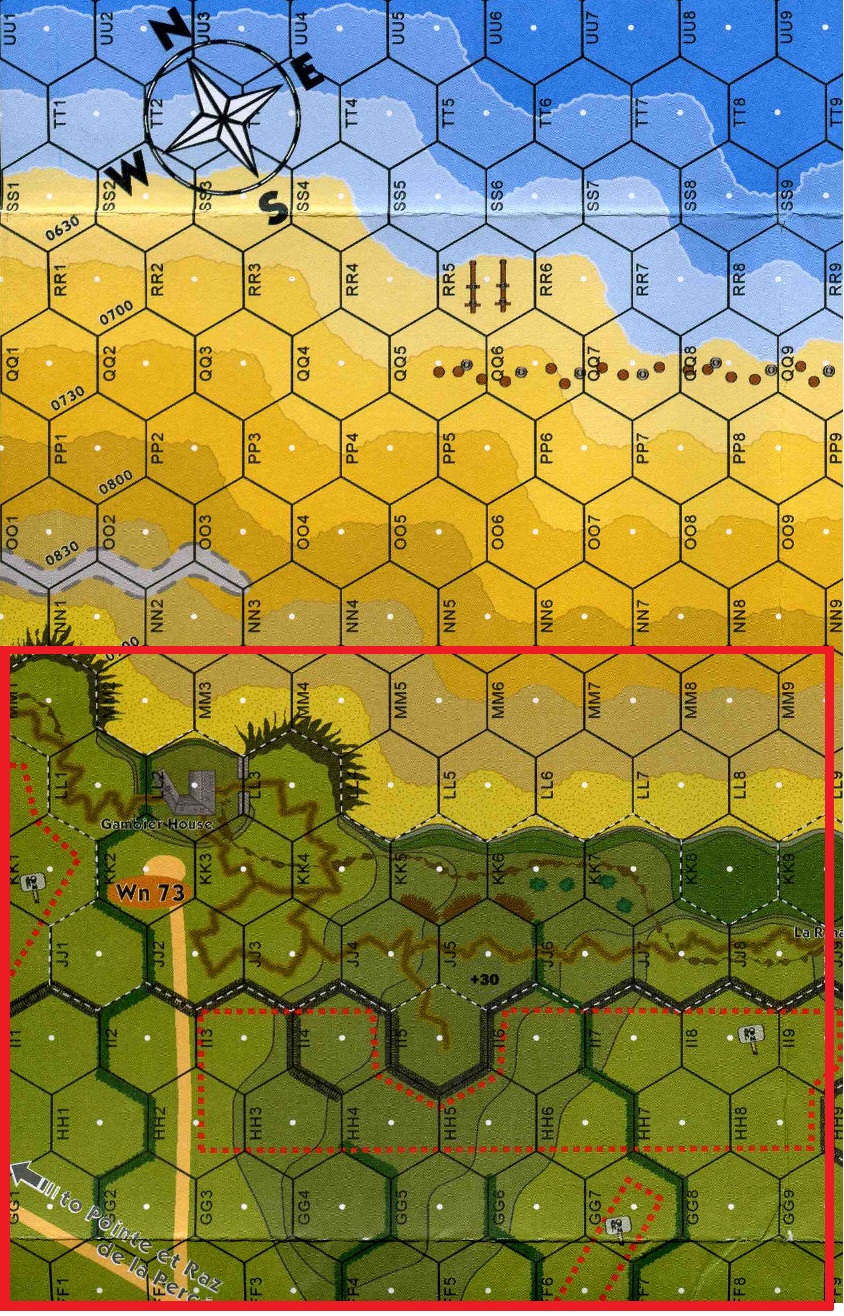