After overrunning any Russian defenses in front of them, the 1st Panzer Division had taken Subzoff on October 11 and Staritza on the 12th. After reaching the Volga, it was discovered all the remaining bridges had been dropped into the water before any intervention could be organized. Gathering the remaining fuel and ammunition, Eckinger’s battalion was sent forward with armor support. Sharing the same roads with retreating and panic stricken Soviet troops, the German spearhead finally reached the outskirts of Kalinin, an industrial city, 90 miles to the northwest of Moscow. On October 14, the order was given to launch an attack and to take the road bridge across the Volga, 7 kilometers inside the city. The attack was slowed by the furious resistance of the Russians. The workers of the factories who had formed militia engage the Germans in heavy street fighting while Russian anti-tank guns and mortars inflicted increasing casualties to the attackers. Meanwhile, the few elements of the SPW battalion led by Eckinger, who was reputed for always using the shortest way, infiltrated the western suburbs and came suddenly in sight of the 250 meters long bridge. Without waiting, Eckinger struck forward only to hit a last obstacle: a canal.
Attacker: German (Kradschutzen Battalion 1)
Defender: Russian (Kalinin Factory Workers) 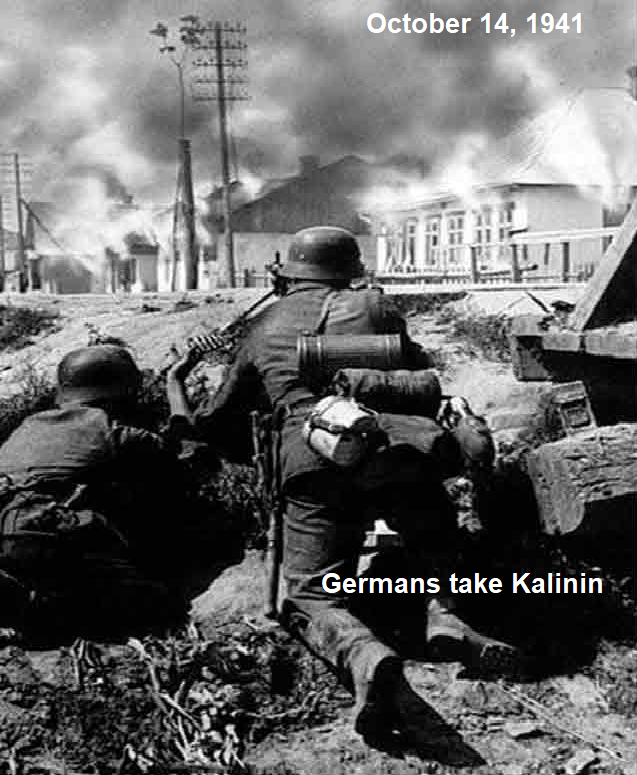