The 4e DLC was ordered to retreat toward the Meuse on 12 May in the face of pressure from the 5th and 7th Panzer Divisions. In the vacuum left by the withdrawal, the Germans pressed forward, threatening some Meuse bridges, sending armored sprearheads in the direction of Yvoir. The 5e Escadron of the II/14e Regiment de Dragons Portes, supported by AT-guns, took charge of the defense of Crupet, a small village on the northern flank of the enemy thrust.
Attacker: German (Elements of the 5th Panzer Division and MG Battalion 8)
Defender: French (5th Mixt Escadron, 14th RDP, 4th DLC) 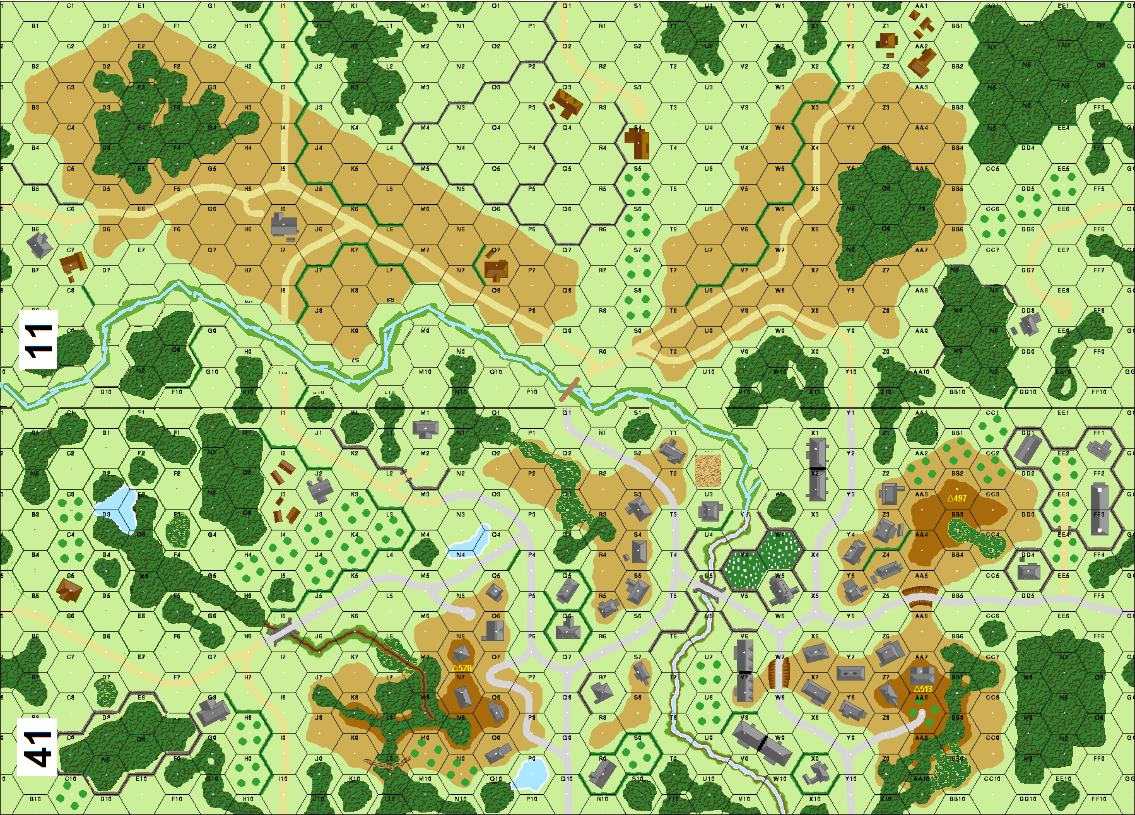