The 5th Army attacked across the Landwehr Kanal on a broad front and was able to establish several small bridgeheads on the north bank. The Russians packed as many tanks and guns into the crossing points as possible while combat engineers built pontoon bridges in areas where infantry had been able to get across on make-shift rafts or by swimming. The Germans were not quiet while these enemy preparations were taking place. The remaining SS and Volkssturm troops in the sector were deployed as close as possible to the canal with orders to counter-attack and eliminate the enemy crossings. Also. the internal security troops at the chancellery were mobilized under party bosses along with the remaining Konigstigers to reinforce the thin front line. Before this last group could reach the main line of resistance, the Red Army attacked out of its bridgeheads. Tanks moving out from the Belle Alliance Platz area quickly ran into the French SS of the Sturm Battalion "Charlemagne" and were stopped with heavy casualties. However. the combined force of the attack forced the French back one block. The attack towards the Anhalter Station also gained little ground against the reconnaissance battalion of the 11th SS Division "Nord". Neither side achieved victory as the Germans were unable to throw the enemy back across the canal while the Russians were unable to break the line and capture the Reich Chancellery. The battle developed into three more days of slow bloody street-fighting until the last defenders of Berlin could be crushed under the Red Army steam-roller.
Attacker: Russian (5th Shock Army)
Defender: German (SS) (Elements of Sturm Battalion SS "Charlemagne", SS Panzer Grenadier Regiment 24 "Danmark", 11th SS Panzer Division "Nord" and the Berlin Volkssturm) 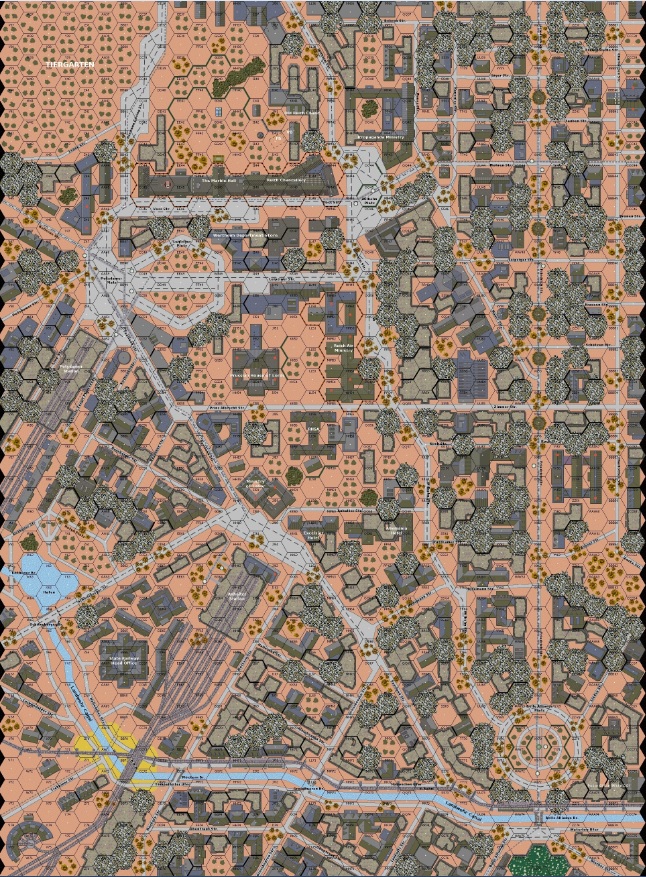