The U.S. 9th Infantry Division advanced against the southern edge of the Ruhr pocket in the steep wooded valleys of the Sauerland, with the 47th RCT on the left aiming towards Oberkirchen, the 39th RCT on the right driving for Winterberg and the 60th RCT in the center pushing towards Langewiese. The 60th RCT took Girkhausen with the Germans offering only light resistance, and then set its sights on the next town, Hoheleye, a sleepy little resort that featured a large hotel, the Wartburg-Winterberg. Unbeknownst to the Americans, fanatic SS troops were billeted in Hoheleye. To complicate the situation, a freak spring snow squall had enveloped the area, suddenly curtailing visibility.
Attacker: American (Elements of the 2nd Battalion, 60th RCT, 9th Infantry Division, B Company of the 746th Tank Battalion, and C Company of the 899th Tank Destroyer Battalion)
Defender: German (SS) (Elements of SS-Schule and SS-Ausbildungs units, German LIII Corps) 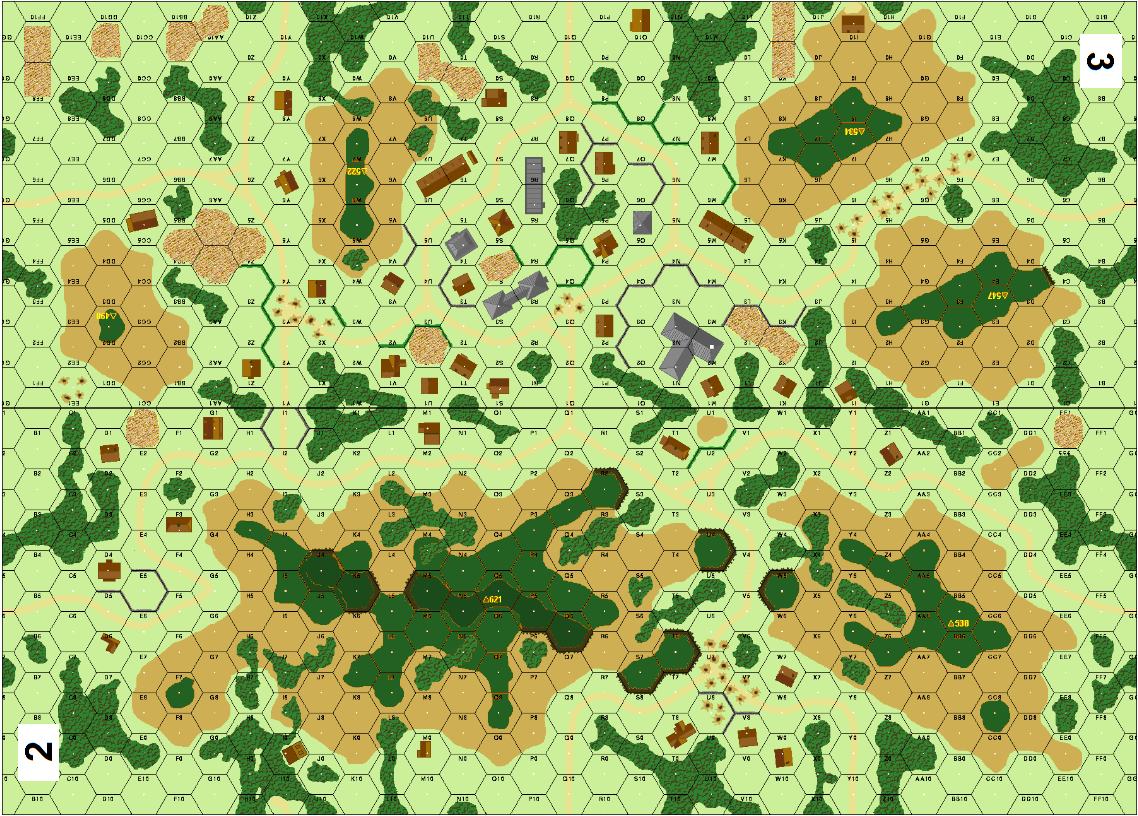