The Fuehrer-Begleit-Brigade had positions in Born and Nieder-Emmels, Belgium as the Ardennes Offensive carried on. These positions were taking artillery fire from a US battery near Hinderhausen. In command was Otto Remer. Remer was waiting for his forces to consolidate prior to launching his main attack. The artillery was an unwelcome nuisance. Remer decided to send a raiding party to eliminate the battery. Major Mickley of II/PzGrRgt, FBB led the raid, which was composed of elite assault troops of Schommer's I 1./PzGrRgt FBB and another Panzergrenadier company led by Leutnant von Rautenstrach. During the initial advance, Kampfgruppe Mickley captured several US jeeps and trucks from the 7th Armored Division. Finally, Mickley's force exited the woods northwest of Hinderhausen.
Attacker: German (Kampfgruppe Mickley, Fuehrer Begleit-Brigade)
Defender: American (275th Armored Artillery Battalion with Company D, 17th Tank Battalion) 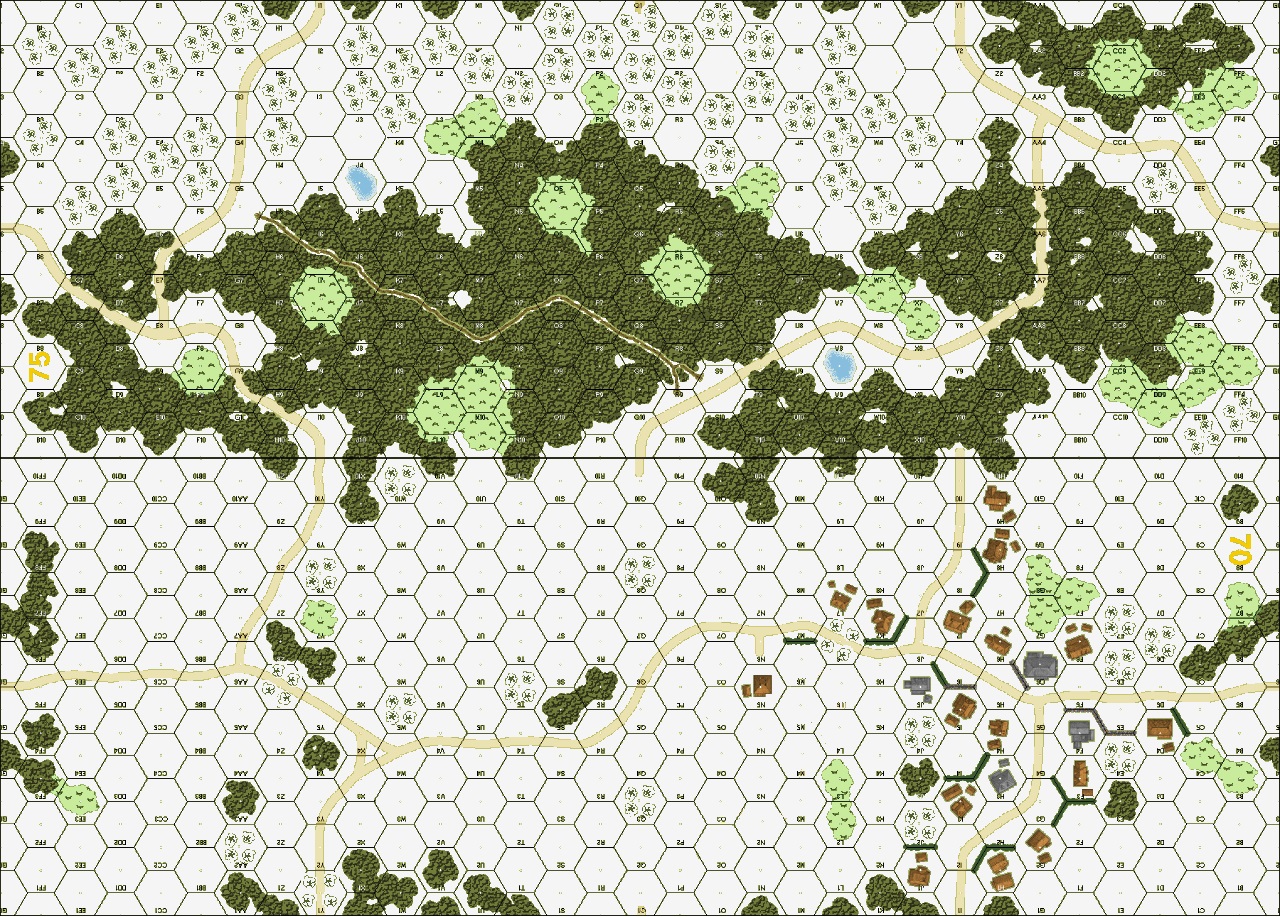 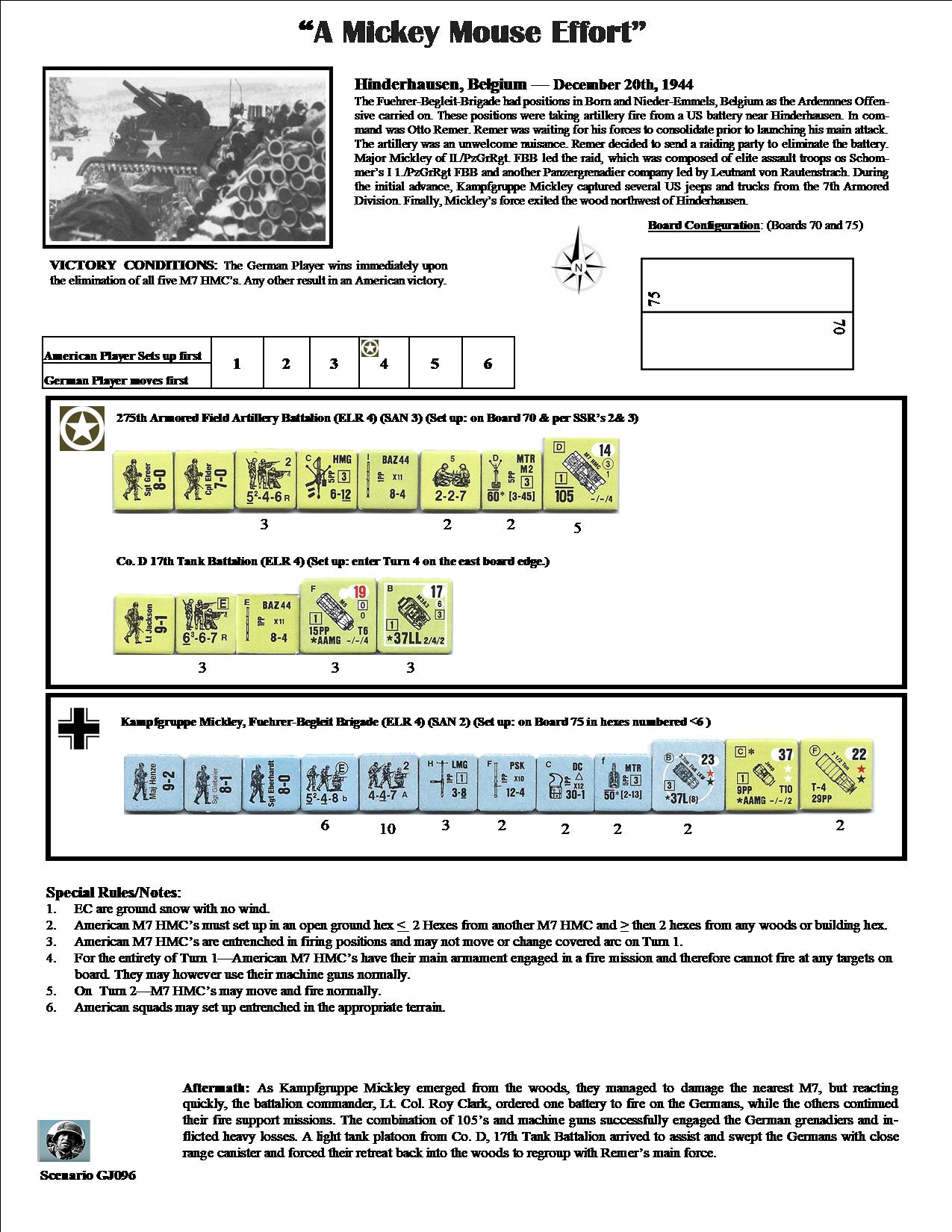 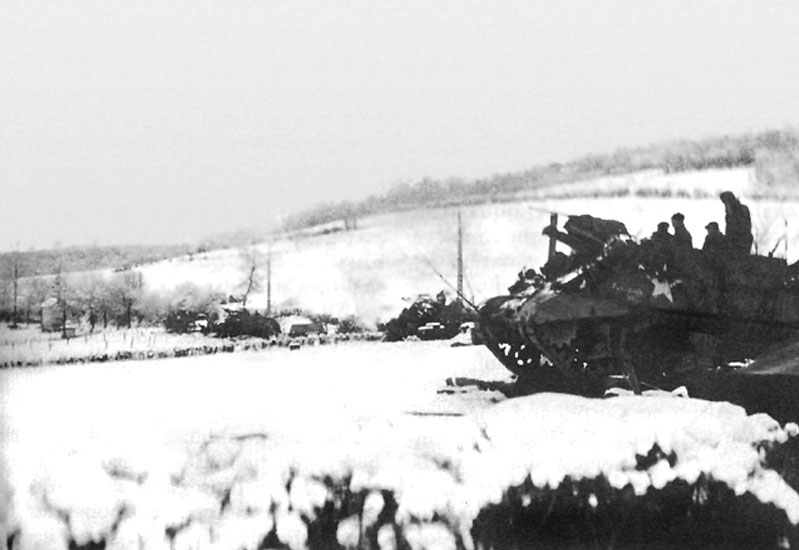