Published by: Multi-Man Publishing. July 2022
(Log in to add this module to your collection
or to see your play details)

Blitzkrieg to Moscow 2 , originally published by Bonsai Games, is a quick playing eastern front game. The game has one map, eight pages of rules, 12 cards, and 60 1" counters. 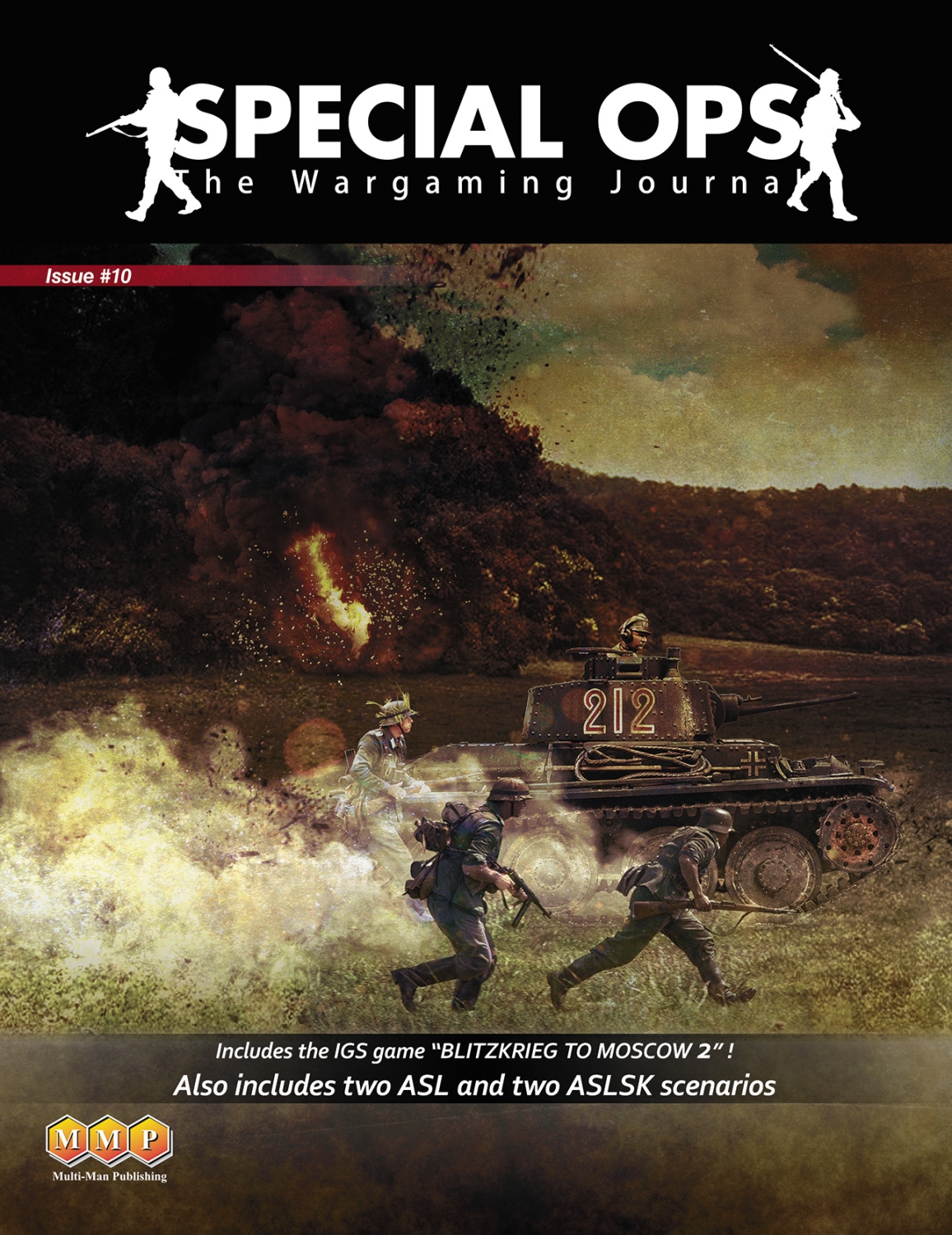