The initial objective of Task Force Harrison was the recapture of the St. Edouard Sanatorium, a large brick building dominating the heights on the northwestern outskirts of Stoumont. At twilight, partially concealed by a dense mist, the GIs attacked and took the building despite a hastily laid German minefield and withering fire. The Germans, however, were not content with American occupation of this natural fortress. Around midnight, about a hundred shouting SS troops suddenly burst out of the darkness and charged toward the building.
Attacker: German (SS) (Kampfgruppe Peiper)
Defender: American (Companies B and C, 1st Battalion, 119th Infantry Regiment/Company C, 740th Tank Battalion) 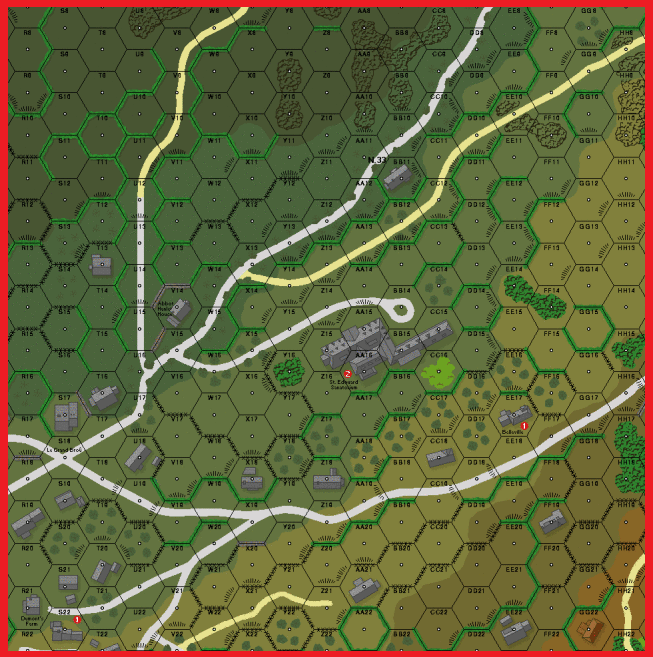