D-Day was drawing to a close at the canal-side towns of Le port and Benouville. Elements of the British 7th Battalion had been holding onto the fringes of both of these small villas for almost twleve hours. House to house fighting was furious as the 7th desperately tried to fold and wait for reinforcements. Wounded men stayed on the front lines in both these areas. About 1830 hours, the leading elements of the 2nd Warwickshires arrived on the scene from Sword Beach with a variety of armored support. They immediately went to the aid of the beleaguered 7th. . . . .A relatively small "monster sized" scenario, this game, played on the entire Pegasus Bridge map, covers the final relief of the British paratroopers at dusk. The British get a massive force, including ponderous but impenetrable Churchill tanks, but have to clear the Germans out of every building on the map.
Attacker: British (7th Battalion, 5th Parachute Brigade, 6th Airborne Division/2nd Battalion, Ox and Bucs/2nd Battalion, Royal Warwickshires and 13/18 Royal Hussars)
Defender: German (Panzerpionier Kompanies 1 and 2, Infanterie Division 716 and Panzergrenadier Regiment 125, Panzer Division 21/Panzergrenadier Regiment 125, Panzer Division 21) 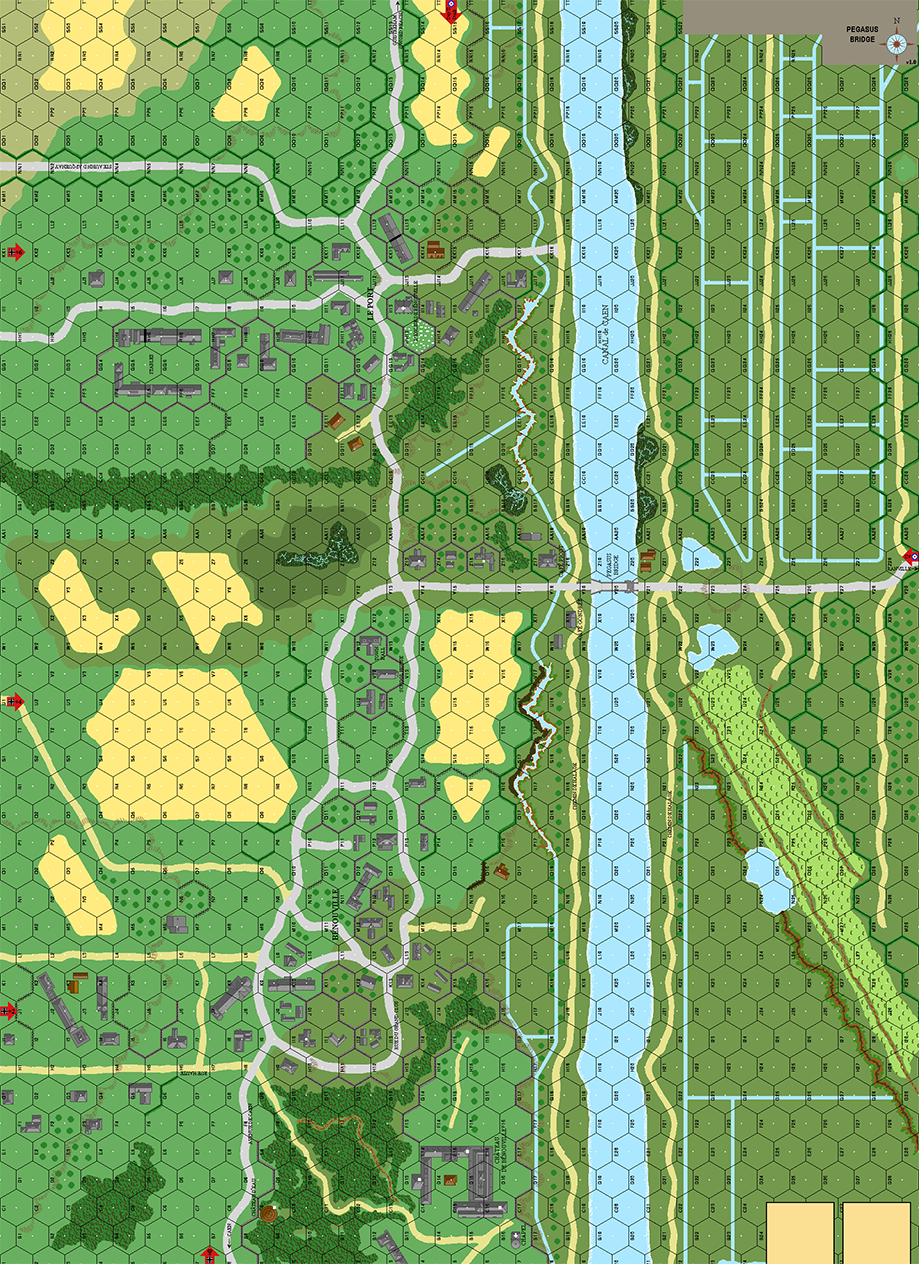