Major Iwataro Hoshino’s ad hoc Coastal Attack Force had crossed the Driniumor River during the night of 11-12 July, bringing 70mm and 75mm guns up to support the advance by the 237th Infantry. When contact with the 237th was lost, however, the major took it upon himself to defend the approaches to the river by digging his force in behind a small stream just east of Chakila. On the morning of 13 July, advance elements of the 1st Battalion of the U.S. 128th Infantry Regiment, unaware of the enemy presence, began to cross the stream in a line of platoons. The hidden Japanese held back until the first platoon had completed its crossing, then opened fire with all weapons.
Attacker: American (1st Battalion, 128th Infantry Regiment, 32nd Infantry Division/Company B, 632nd Tank Destroyer Battalion (SP))
Defender: Japanese (Coastal Attack Force, 41st Infantry Division) 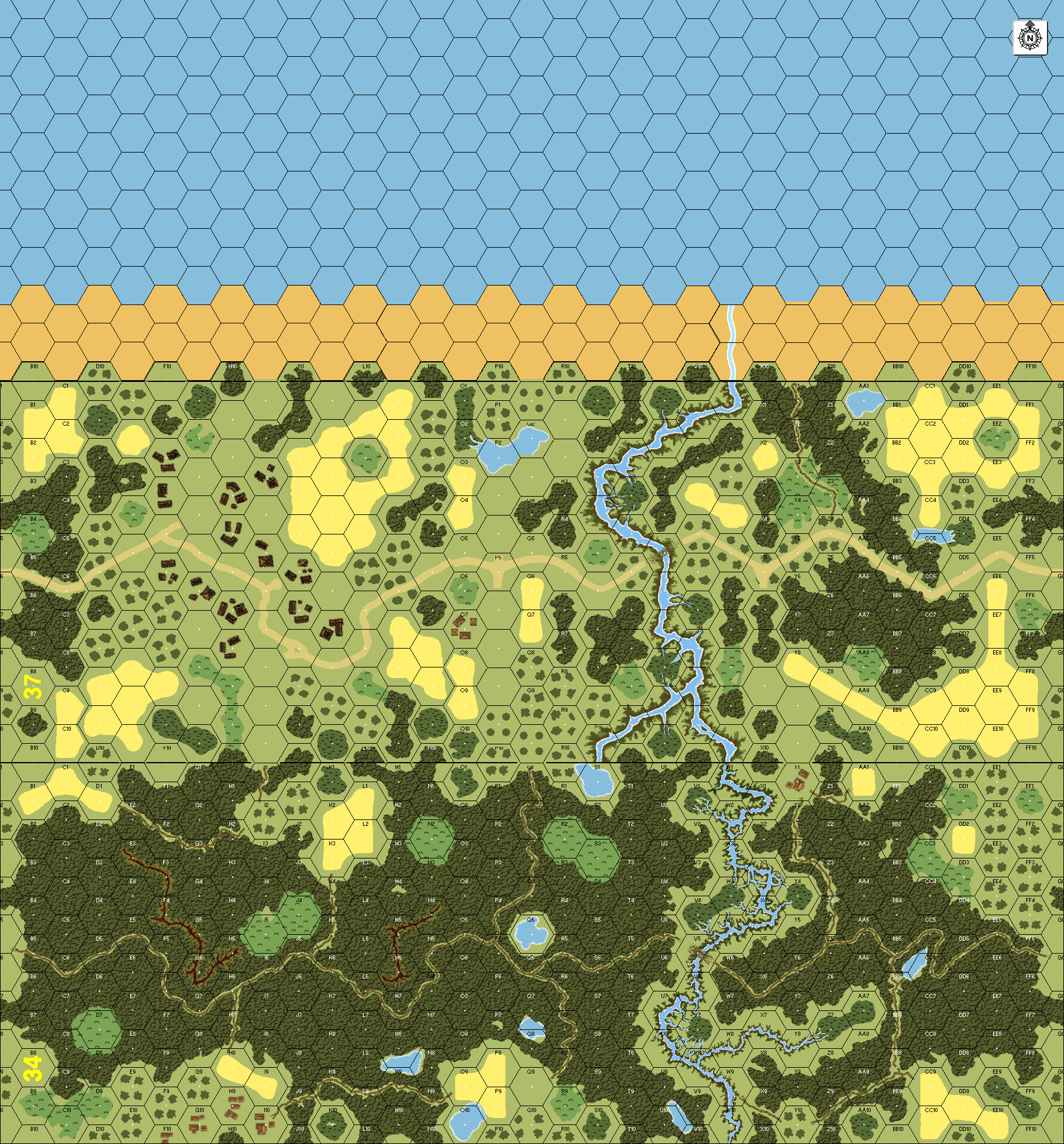