At 0525 on December 16th, an intense German artillery barrage commenced against U.S. forces astride Route N16, “Skyline Drive”, one of only a few paved roads in the Ardennes. A thick fog obscured anything beyond a few hundred yards and as the morning progressed the Americans began to hear Germans bypassing their positions to the north and south. These were units of the 77th Grenadier Regiment which were on the move to seize the bridge at Clervaux. Around 0730 the fog began to lift and shortly thereafter the Grenadiers attacked Hosingen in an effort to take control of the vital roads leading west. . .
Attacker: German (II Batt., 77th Regiment, 26th Volksgrenadier Division)
Defender: American (K and M Co., 3rd Batt., 110th Regiment and 103rd Engineer Combat Batt.) 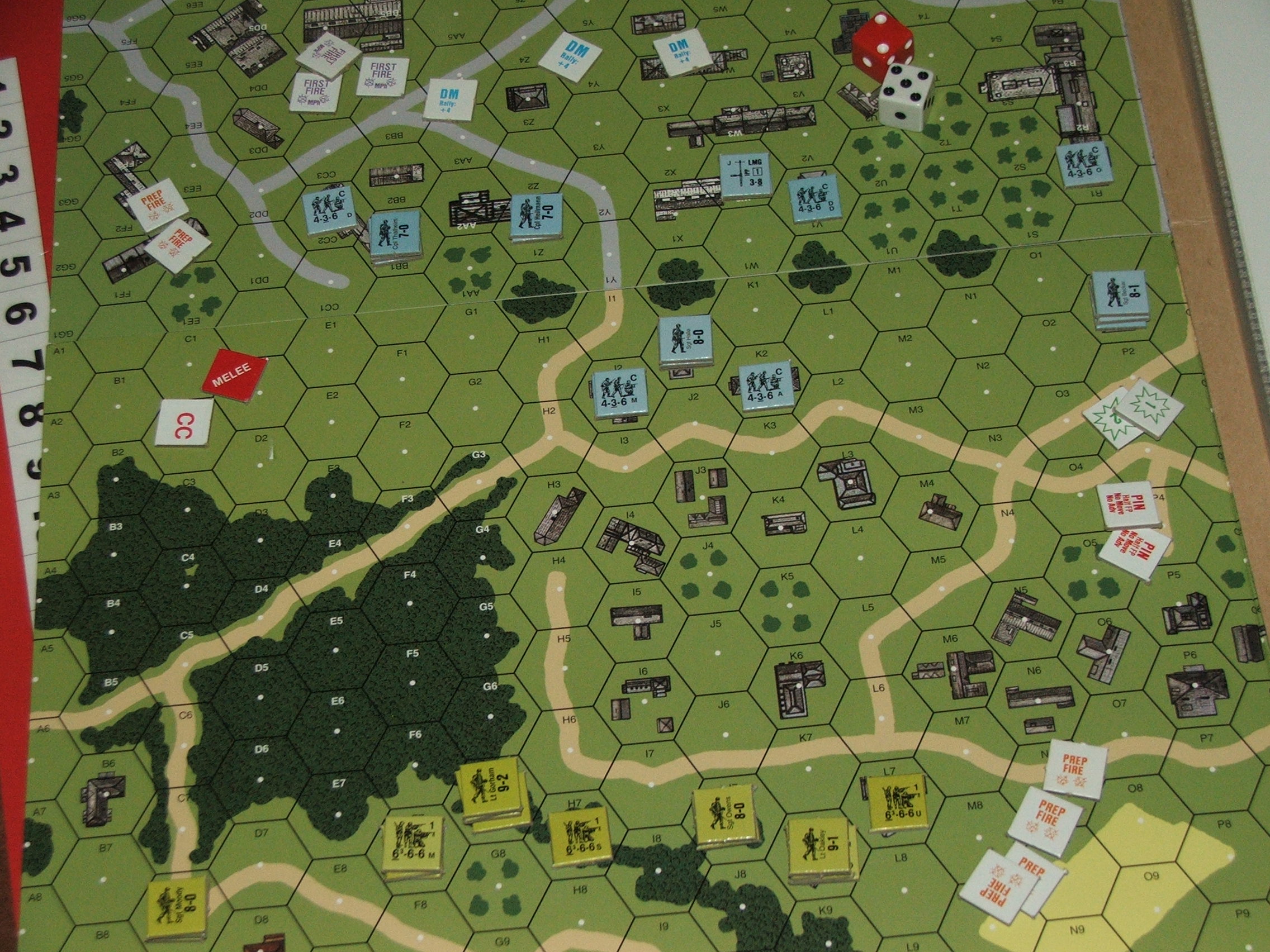