Lt. Col. Timmes landed alone in the flooded marsh and took some time to free himself from his harness. By 04:00 he had gathered ten men. Two gliders landed nearby and the number rose to thirty. The band grew steadily as Timmes led them past Cauquigny towards Amfreville, in the direction of his battalion objective. As dawn broke, sustained fire frmo Amfreville suggested to Timmes that Americans -- and perhaps men of his own battalion -- were already engaged there. He marched to the sound of the guns. Approaching Amfreville, Timmes' force was stopped dead by volleys of fire from the church tower and the rooftops. It suddenly became clear to Timmes that his was the only friendly force in the vicinity.
Attacker: German (1057th Grenadier Regiment)
Defender: American (2nd Battalion, 507th PIR.) 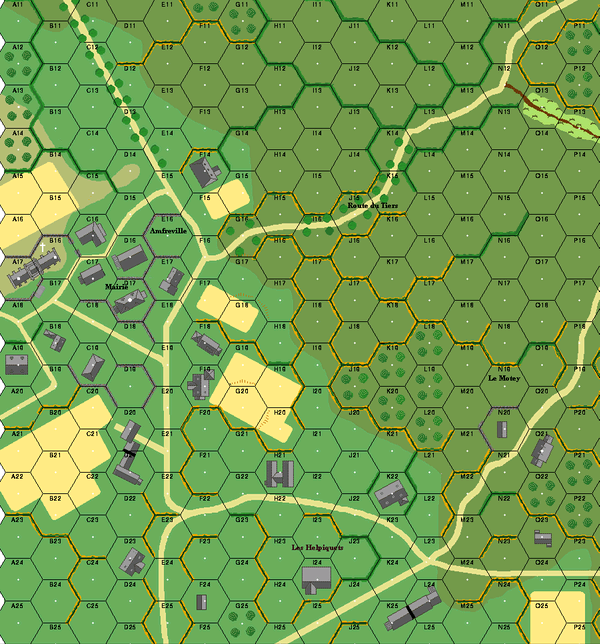