Following the D-Day drop, LCOL Shanley painfully succeeded in reassembling the main body of the 508th Parachute Infantry Regiment on Hill 30. However, the regiment had suffered so severely that it could not achieve its mission, to blow a bridge in Etienville, Shanley therefore decided to hold his current position until relieved; a roadblock was established at Port-Filliolet to protect the road running through the marsh area towards Chef-du-Pont. Hardly was the roadblock settled when it was attacked by a company of the 1057th Grenadier Regiment supported by a few tanks.
Attacker: German (1057th Grenadier Regiment, 91st Airlanding Division and tanks of the 100th Panzer Replacement Battalion)
Defender: American (508th Parachute Infantry Regiment, 82nd Airborne Division) 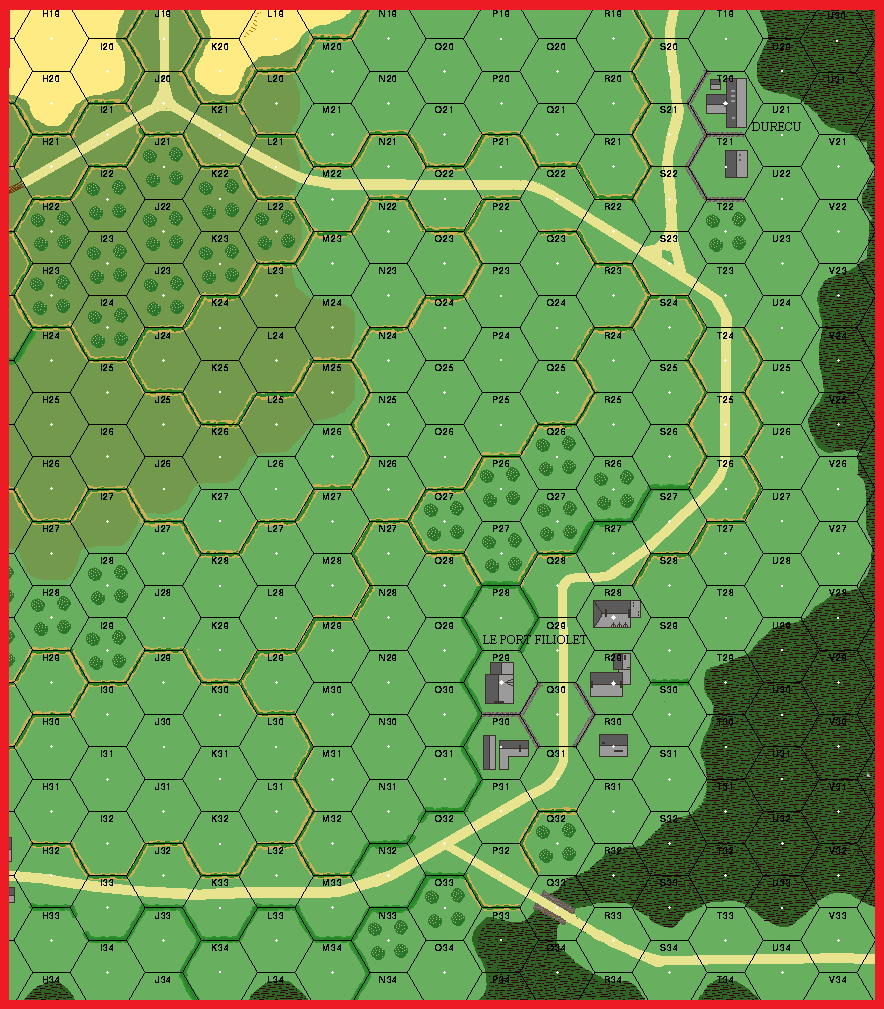