By midday, General Gavin judged the La Fiere crossing to be secure. Advised by a Frenchman that the Merderet crossing at Chef du Pont was undefended, he decided to move out to the south. He divided his small force, half the men of the 3/507 under their LCOL Arthur Maloney, were sent out to cover the left flank, while Gavin and LCOL Edwin Ostberg of the 1/507 led his men straight down the railway line.
Attacker: American (Elements of 507th PIR, 82nd Airborne Division)
Defender: German (Elements of 1057th Grenadier Regiment, 91st Division) 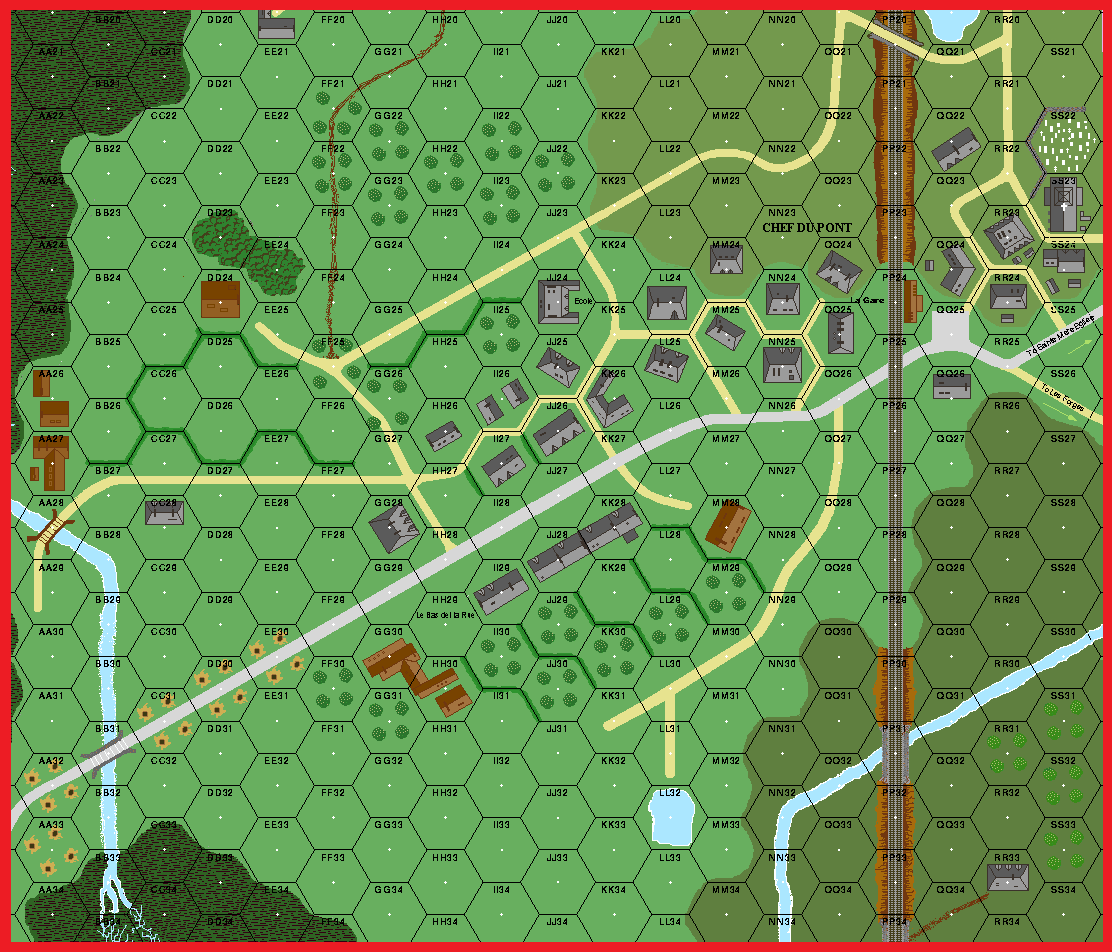