Operation TOENAILS called for “Liversedge Force” to capture Enogai and Bairoke Harbor in order to isolate the Japanese troops defending Munda, while the main effort against Munda itself would be made by the 43rd Infantry Division, attacking from the east. The plan looked good on paper, and movement was primarily by trail. Knee-deep rivers became swollen, and swampy areas were impassable. After days of moving through this terrain – known as the “Dragon’s Peninsula” – the 1st Marine Raider Battalion arrived just south of the objective, Enogai. The attack began at 0700 on 10 July.
Attacker: American (USMC) (Company B, 1st Marine Raider Battalion)
Defender: Japanese (6th Kure SNLF) 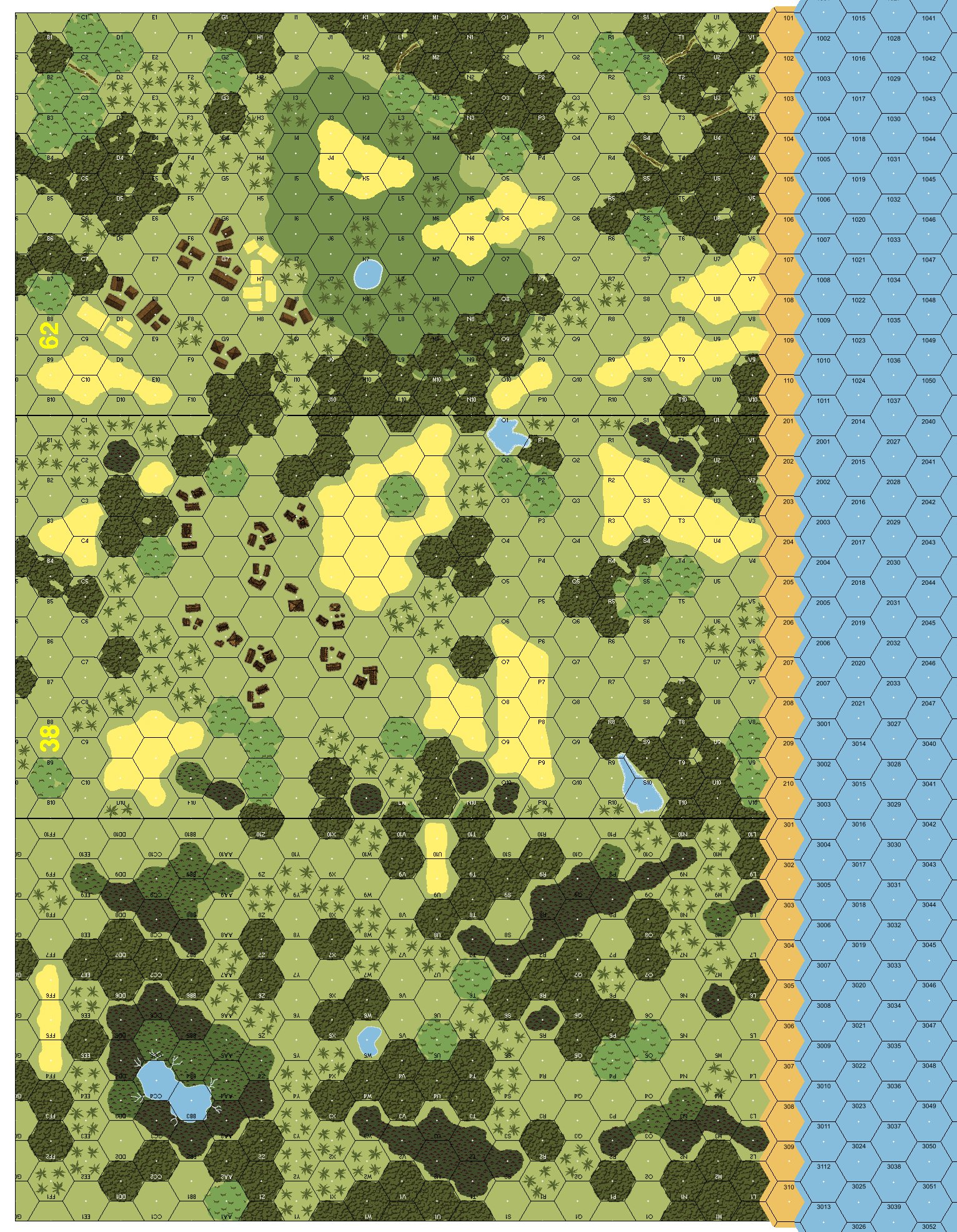 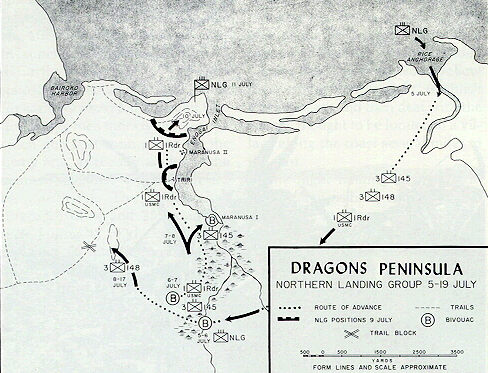 From Rice Anchorage the 1st Raider Battalion was to advance overland to seize Dragons Peninsula and the enemy's barge bases at Enogai and Bairoko. 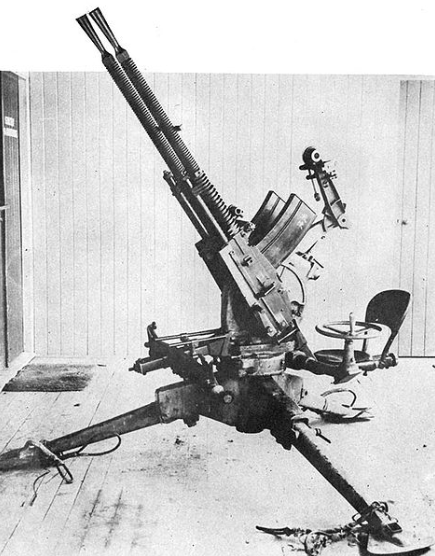