The target for the 1st Marine Division was Peleliu. From the air, the island looked like any other South Pacific atoll covered by a lush jungle canopy, and surrounded by a large coral reef. For several months, the veteran Japanese 14th Division had been digging in, preparing for this day. In preparation for several days, Navy frogmen were very busy off the southwest beaches of Peleliu, as obstacles, both natural and man-made, were systematically blown up. While the Navy's guns fired well over 2,200 tons of high explosive, the planners were shocked to find that once the protective vegetation was blown away, the island was a geological mish-mash of coral and limestone ridges. In addition, the lagoons in front of the proposed landing sites were heavily fortified with tetrahedrons backed up by automatic weapons and wire entanglements. Dawn on D-Day found the anxious Marines bobbing in their LVTs heading for shore. Proceeded by an intense naval and air bombardment, the men of the 3rd Battalion were headed for the southernmost beach, code named "Orange Beach 3".
Attacker: American (USMC) (Elements of the 3rd Amphibious Corps and 2nd Tank Battalion, and 3rd Battalion, 7th Marines)
Defender: Japanese (Elements of the Japanese 14th Division) 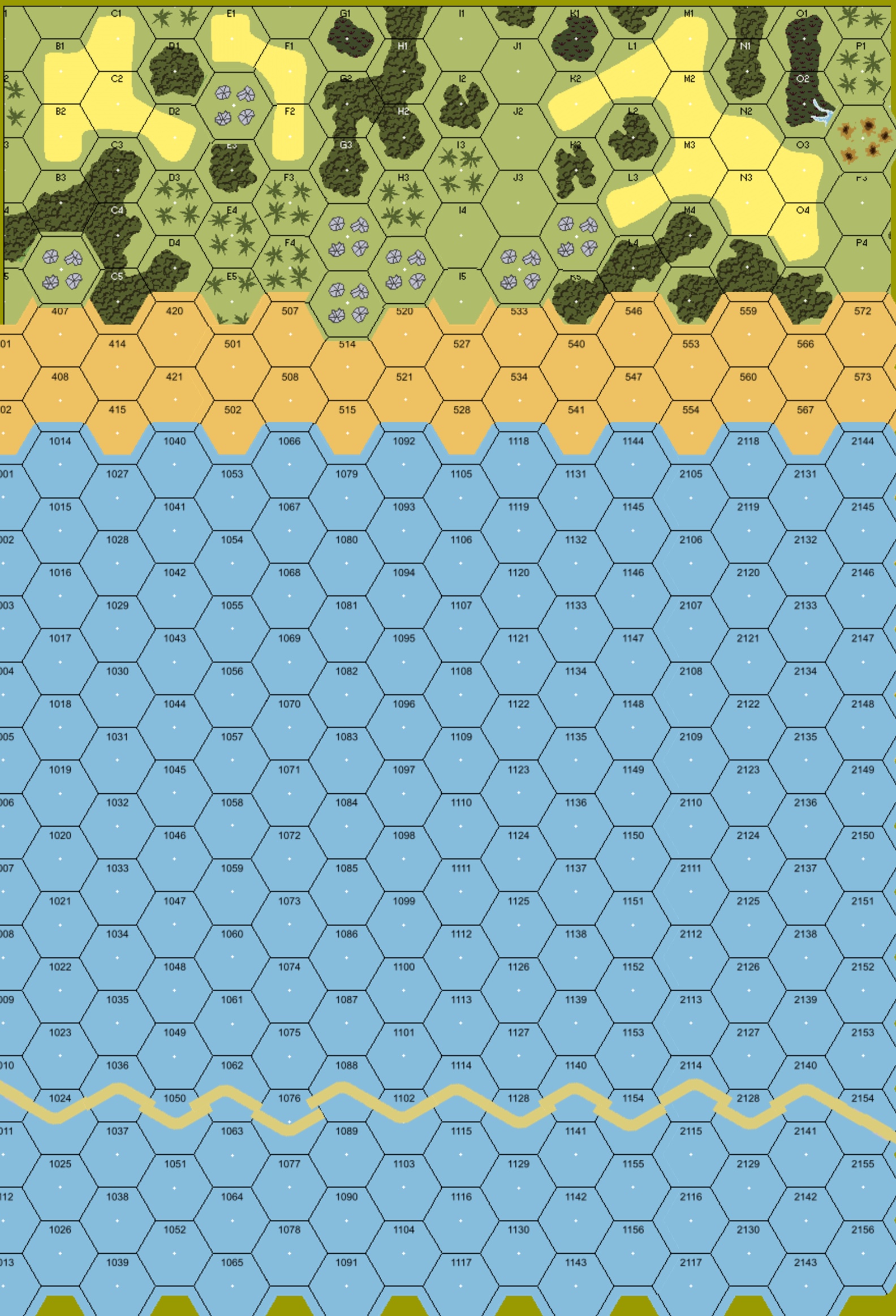 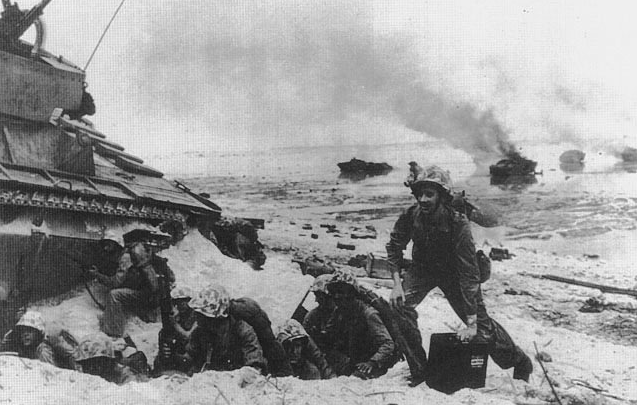