In the final offensive to take Arnhem, the British 49th Infantry Division was to sweep behind the city to cut off any reinforcements. The lead battalion encountered a tongue of woodland along the line of advance. On April 12th, a squad from Company A was sent into the woods on a recon patrol. Upon reaching the edge of the woods, they were hit hard by mortar fire, and were chased back out with several casualties. The following morning Company D was sent in to clear the woods, which were presumed to be strongly held. In one of the bizarre ironies that could only occur in a war of such global scale, British infantry supported by Canadians in American built tanks battle Dutch troops fighting under German colors, supported by French-built tanks. The men of Company D attacked with support of the Canadian tanks, crossing 300 yards of open ground to reach the woodline. Three Renault tanks rumbled out to support the defenders.
Attacker: British / Canadian (D Company, 7th Battalion, Duke of Wellington's Regiment and 147th Infantry Brigade, 49th Infantry Division with support from 11th Canadian Armored Regiment, 5th Canadian Armored Division)
Defender: German SS (Elements of the 34th SS Division Landsturm Nederland) 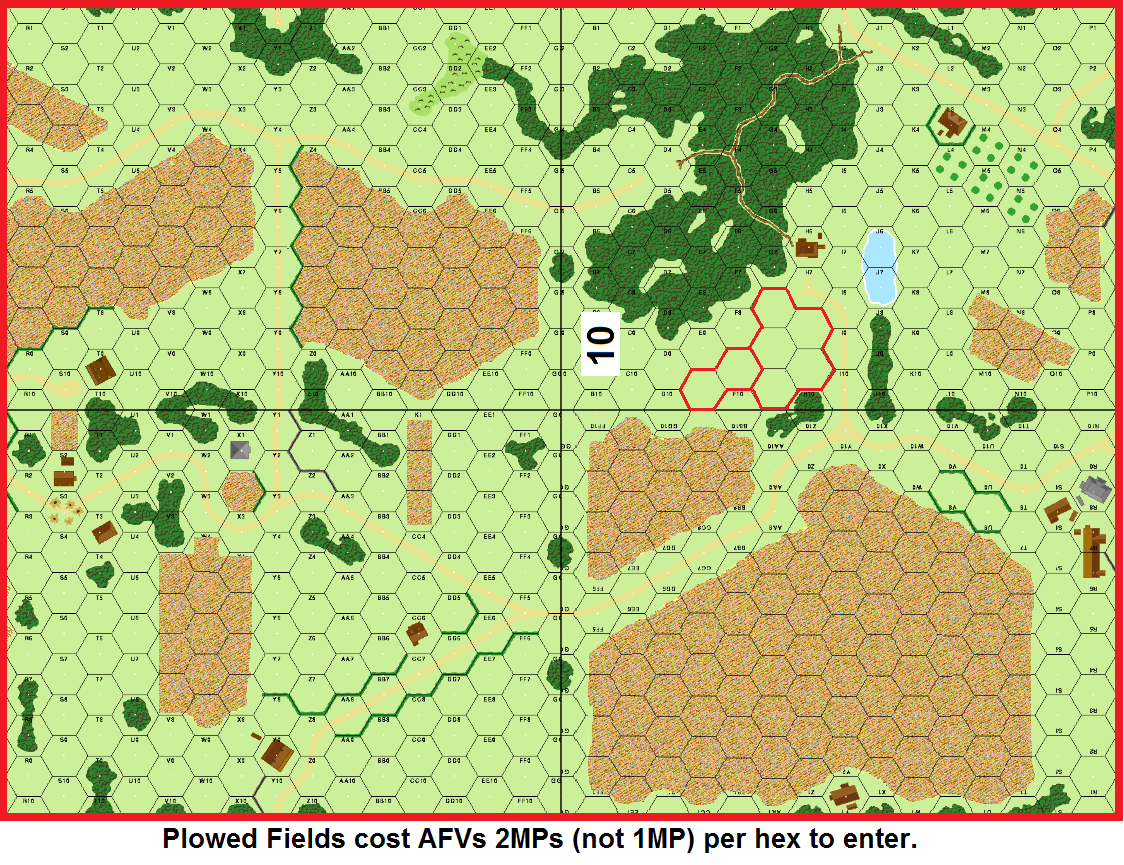