American forces land at Biak in northwestern New Guinea on May 27th. As men of the 41st Infantry Division were consolidating their positions around the Mockner Airdrome, preparations were made to reduce the Japanese cave positions firing on the airfield. The Japanese got the first jump in the form of a series of limited counter attacks, which included tanks. . .
Attacker: Japanese (Biak Detachment)
Defender: American (1st Battalion, 186th Infantry Regiment; 'B' Company, 162nd Infantry Regiment) 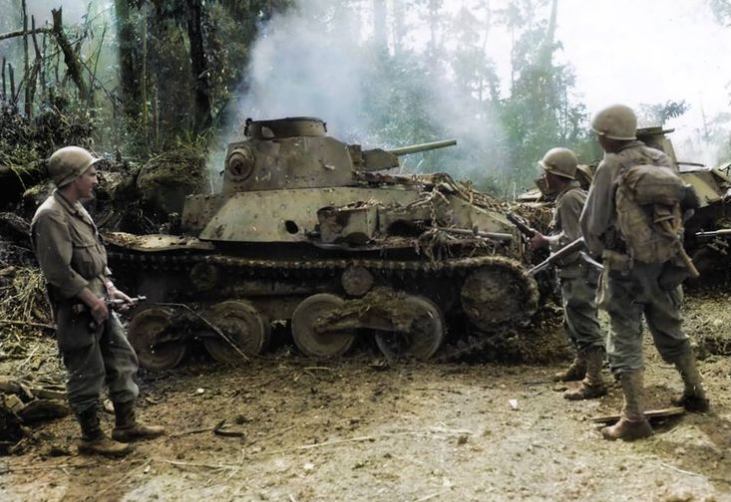