The 28th ‘Keystone’ Infantry Division found itself locked in mortal combat with the 352nd Volksgrenadier Division during the early portion of the Wacht am Rhein offensive. The Germans suffered grevious casualties, some 150 dead and wounded, during the initial attack into the sector of the 109th Infantry Regiment. One American unit that felt the brunt of the enemy onslaught was the field kitchen of F Company, rolled over by the German attack. The cooks of D Company, as well as their equipment, were also wiped out, by artillery fire. The regimental commander, Lieutenant Colonel James Rudder, then ordered all remaining field kitchens to evacuate Ettelbrück immediately. The remaining cooks were moved out of harm’s way by the S-4 (supply) officer without further mishap. This successful retrograde movement would have a positive effect soon enough. Word from division came down the line that the Germans had overrun the left flank, forcing their way into the rear. The gun positions of Battery A of the 107th Field Artillery Battalion, and Battery C of the 108th Field Artillery Battalion, found themselves peppered by enemy small-arms fire. In the absence of escorting infantry, the cannoneers had no choice but to go toe-to-toe with the Germans.
Attacker: German (Elements 914th Grenadier Regt, 352nd Volksgrenadier Division)
Defender: American (Elements Battery A, 107th Field Artillery Btn & Battery C, 108th Field Artillery Btn; F Co., II/109th Infantry Regt; 707th Tank Battalion) 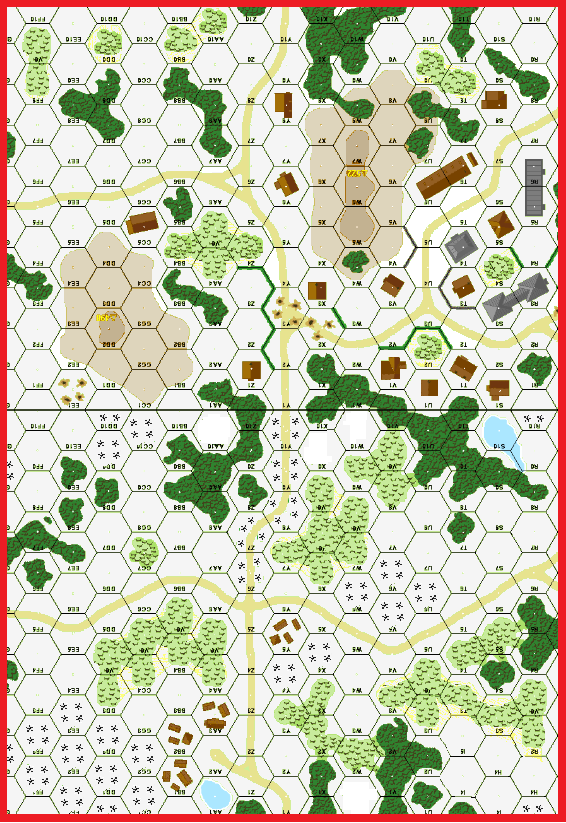 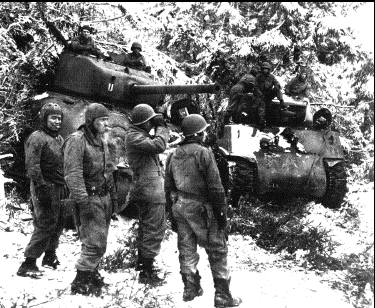