While the men of Companies A and C cowered in holes on the crest and forward slopes of Kakazy Ridge to escape the murderous fire, Company L made a dash to gain the top of Kakazu West. In the face of machine-gun fire, 1st Lt. Willard Mitchell, commander of Company L, a stocky Louisianian whose favorite sexpressions were "Watch Out! Here comes the Hoss!" and "God is on the Hoss's side!" urged his men to the top. They made it with fixed bayonets and immediately became engaged in a close-quarter struggle that was to last the morning.
Attacker: American (Elements of "L" Company, 3rd Battalion, 383rd Infantry Regiment, 96th Infantry Division)
Defender: Japanese (Elements of the 63rd Infantry Brigade, 62nd Infantry Division) 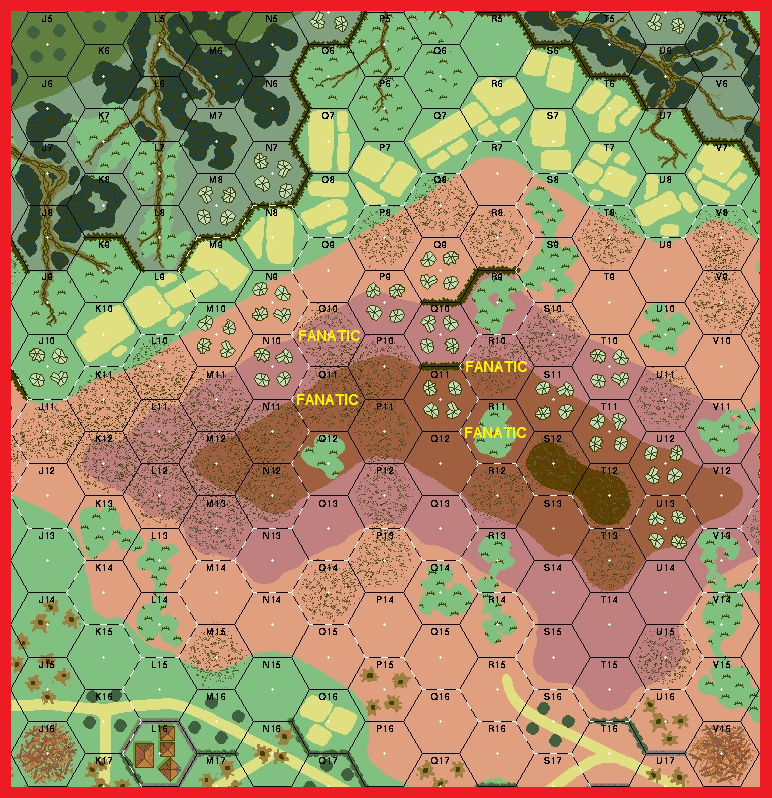