Under regimental orders to seize Kakazu Ridge, the 1st Battalion, 381st Infantry attacked across the saddle at 0700 on 11 April. The troops inched up the western slope of the ridge but then came under severe flat trajactory gunfire from the area south of Kakazu and under high-angle mortar fire from the reverse slope of Kakazu Ridge. The Japanese also threw demo charges at them from the crest. Although the attacking troops were supported by fire from the top of Kakazu West, they finally were forced to dig in short of the crest. Here the enemy made two sharp counterattacks, which were stopped mainly by one man, T/Sgt. Alfred Robertson. With a BAR rifle, bayonet and trench knife, Robertson killed about 28 of the enemy, and in addition, directed mortar fire when his radio operator was critically wounded.
Attacker: American (Elements of the 1st Battalion, 381st Infantry Regiment, 96th Infantry Division)
Defender: Japanese (Elements of the 63rd Infantry Brigade, 62nd Infantry Division) 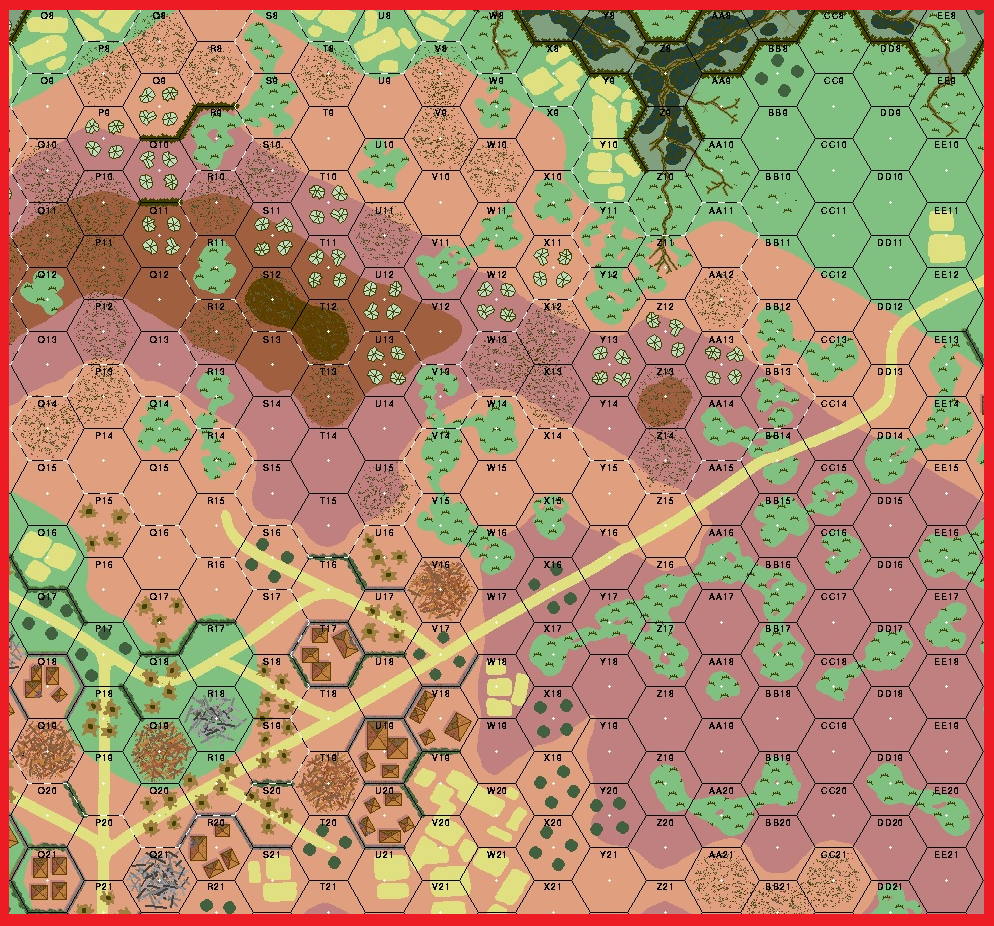 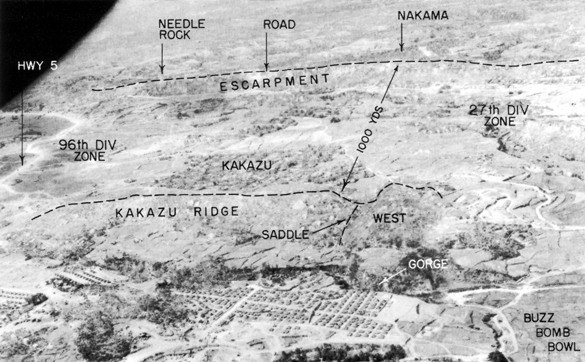