Colonel Merritt Edson's command, a composite battalion made up of U.S.M.C. Raiders and Paramarines, had just been ordered to occupy a "quiet area", an unnamed ridge overlooking the all-important Henderson Airfield. Much depleted from past operations, they were moved to give them a rest. The Japanese, however, had organized a series of complicated maneuvers designed to surprise the American defenders and to reach a point adjacent to the ridge through which they planned to assault the American lines and break through to Henderson Field -- the key to maintaining control of Guadalcanal. General Kawaguchi's gamble gained him an element of surprise, allowing him to bring 3,000 soldiers against the 800 Marines occupying the ridge. But these Marines were some of the best and toughest on the island and were determined not to retreat.
Attacker: Japanese (1st Battalion, 124th Regiment and 2nd Battalion, 4th Regiment)
Defender: American (USMC) (Raider Battalion and Paramarine Battalion) 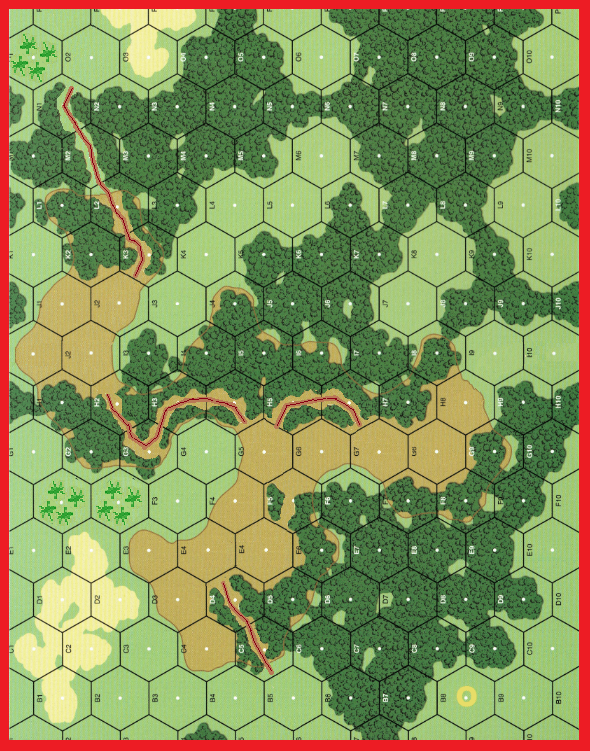