In the lull that followed their second night attack, the Germans provided the American defenders plenty of time to reorganize their meager defenses. Officer organized stragglers and reinforcements and gathered them near the Rue du Vicinal, south of the railway line. They dug in right up to the time the Germans arrived to renew their attack. Along the Rue des Ecoles, the Americans had abandoned three more houses to shorten their lines. Rue Haute was still held by Task Force Smithers, consisting of two Sherman tanks and a depleted platoon from 'B' Company, 36th Armored Infantry Regiment, as well as the bulk of 'E' Company, 23rd Engineer Battalion. And it was there a group of Germans removed the daisy-chain, strung across the road, and began to advance toward Smither's tanks.
Attacker: German (560th Volksgrenadier Division)
Defender: American (23rd and 51st Engineer Battalions and 3rd Armored Division) 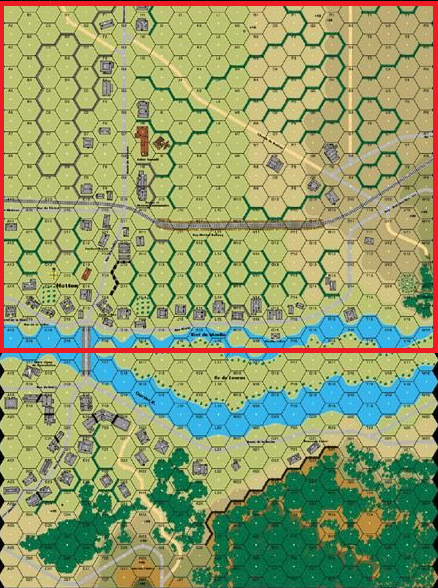