Allied intelligence indicated that there was a battery of four guns just east of the mouth of the Orne River that threatened Sword Beach. The battery was to be attacked by air, land and if necessary by naval gunfire. The land attack was to be performed by the 9th Battalion of the British 6th Airborne Division and its young commander, Lt. Colonel T.B.H. Otway. In addition, at a signal flare from Otway, three gliders were to land right onto the battery in the middle of the attack. Problems arose immediately for Otway and his men when the promised bombardment completely missed the battery. Secondly his command was widely scattered by the landing and he was without most of his heavy weapons. By 0430, Otway was in position. The glider reinforcements never reached the battery with one glider forced to return to England and the other two unable to land because the signal flares could not be found. With typical British elan, Otway and his men set off on a frontal assault against a fixed position protected by mines and barbed wire
Attacker: British (9th Battalion, 6th Airborne Division)
Defender: German (736th Panzergrenadier Regiment) 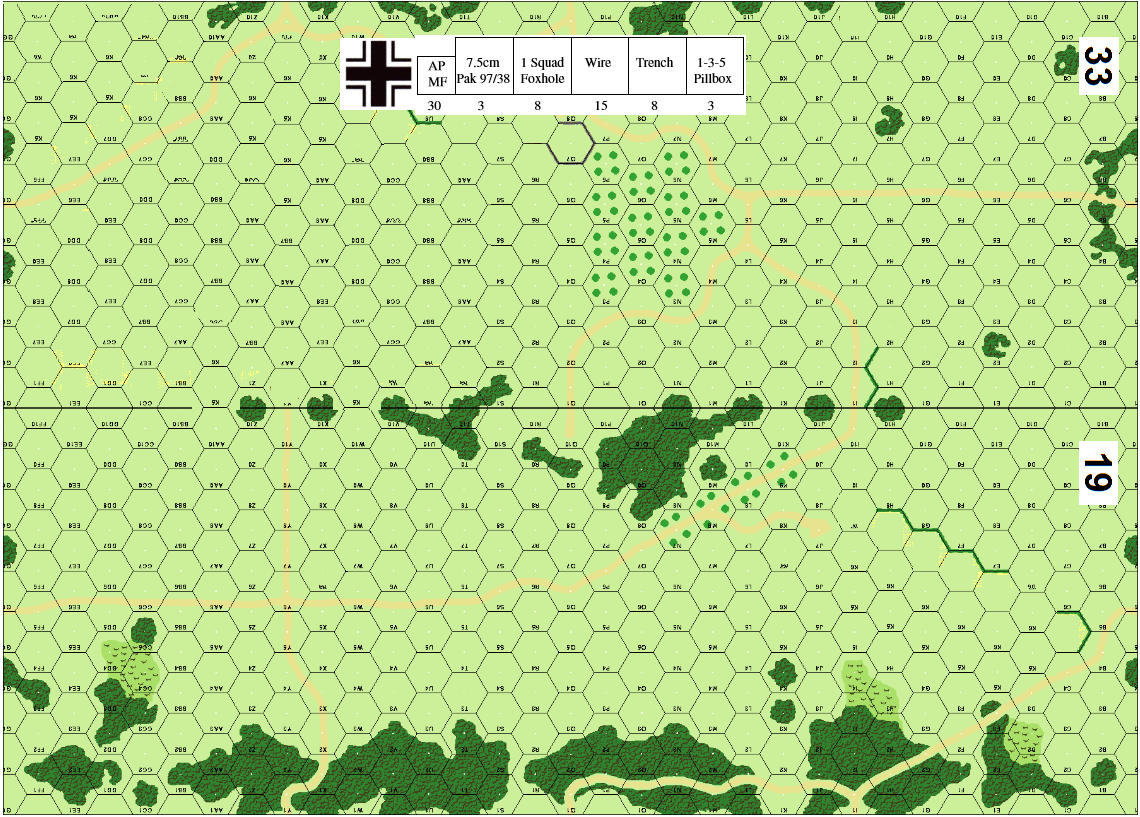 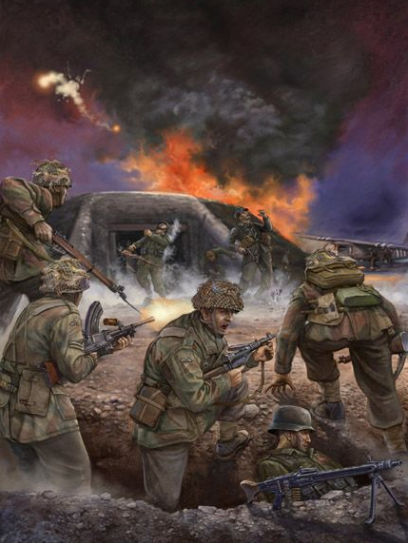