The main aim of the northern thrust of Fall Gelb was to limit the strongest elements of the French First Army in northern Belgium. The Wehrmacht reached the area just two days after the start of the invasion, with 3rd and 4th Panzer Divisions in the lead. The French dispatched two armored divisions, the 2nd and 3rd DLM for a delaying action. French infantry of the 11th Dragoons held numerous strongpoints in the area. Against a combined force of German artillery, armor and infantry, French resistance began to crumble around 1130. As the Dragoons prepared to withdraw, two Hotchkiss squadrons counterattacked and pushed the German armor back to the stream. Losses were about even, the French claiming six Panzers for the loss of four H39s. For a few hours, it appeared that the front at Orp might hold.
Attacker: German (Elements of the 3rd Panzer Division)
Defender: French (Elements of 2nd Battalion, 11th Dragoons and of 3rd DLM) 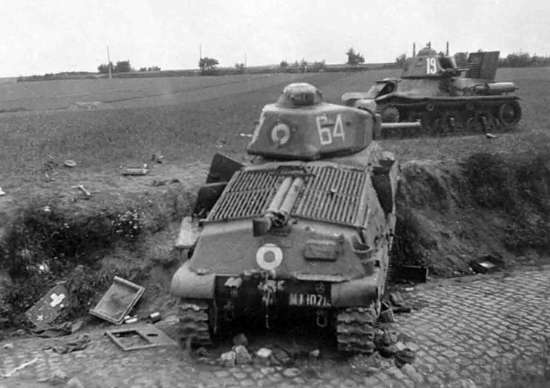