The events of the Russian offensive forced the German high command to reposition forces from other Army Groups to try and stem the onslaught. On 25 June, the 5th Panzer Division was detached from Army Group North Ukraine, and ordered to move by rail to the Bobruisk area and come under control of Fourth Army. The division was forced to unload near Borisov, and the lead elements began detraining on 27 June. meanwhile, the 5th Guards Tank Army was exploiting 3rd Belorussian Front's success and planned to encircle Minsk. The 13th Panzergrenadier Regiment was one of the first units to detrain, and was ordered to form a security line north of Borisov. The Regiment's 2nd Battalion had just occupied positions around Kostriza on the morning of 28 June when the Russian 23rd Tank brigade attacked. The "beef" of the division, the tanks and artillery, were delayed detraining and then were attacked by enemy air, further delaying their impact on the fighting. The German infantry was forced to defend the village with short range antitank weapons.
Attacker: Russian (Elements of 23rd Tank Brigade, 29th Tank Corps, 5th Guards Tank Army)
Defender: German (Reinforced elements of Battalion II. Panzergrenadier Regiment 13, Panzer Division 5) 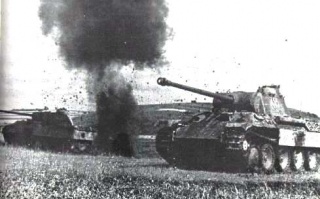