The last fighting units of the LAH found themselves in Vienna holding a similar situation as they faced in Budapest: Overwhelming odds and single tanks tasked to perform the mission of regiments. The men of the LAH believed they should be in Berlin guarding the Führer as their moniker stated. Hitler, however, had turned on them ordering all memebers of the 1st SS to remove their cuffbands as punishment for not stopping the Soviet advance. The Russian steamrollers had flattened Eastern Europe and were now crushing Central Europe and Germany. In Vienna the last gasp of the once proud 1st SS stood on the banks of the Donau facing the 6th Guards Tank Army. To stop the massive Soviet onslaught the SS had only one surviving tank and one FlaK gun. Shermans and JS-2's stormed towards the remaining bridges before the Germans could blow them. Hordes of battle hardened Soviet infantry forced their way across the bridges. Nothing, it seemed, could stop the Russian steamroller. Surrender was never an option and especially so now.
Attacker: Russian (Elements of 6th Guards Tank Army)
Defender: German (SS) (1st SS Panzer Division "Leibstandarte" and KG Barkmann, 2nd SS Panzer Division "Das Reich") 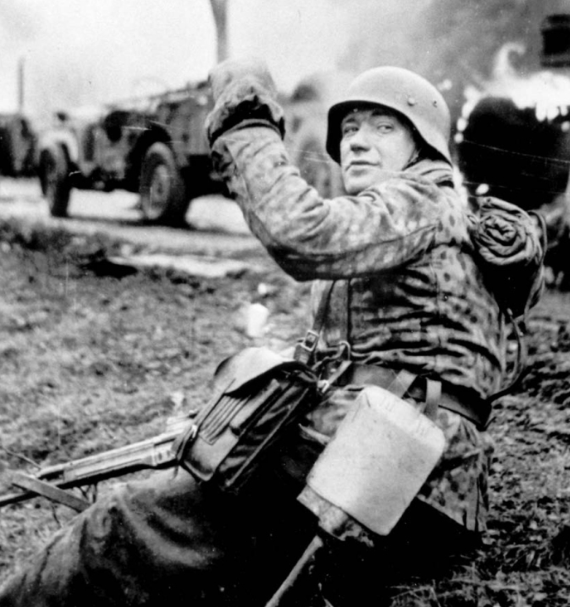