Despite the heavy casualties they had suffered during the D-Day landing, the French Commandos had to clear the Ouistreham Casino and the surrounding defenses. When the attack stalled in a maze of barb wires, Major Kieffer, chief of the Commandos, commandeered a DD tank and led fire from its turret.
Attacker: French (Troop No,4, Royal Marine Commandos)
Defender: German (Elements 736th Infantry Regt., 716th Infantry Division) 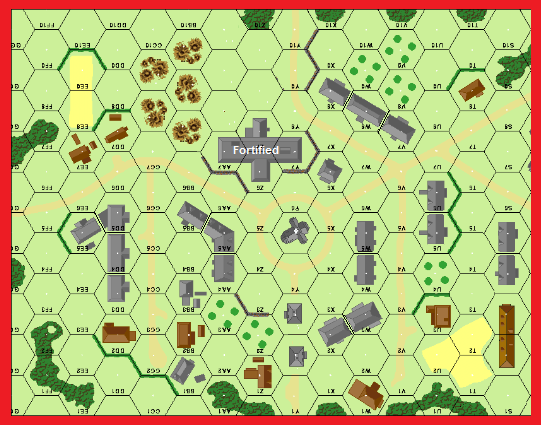 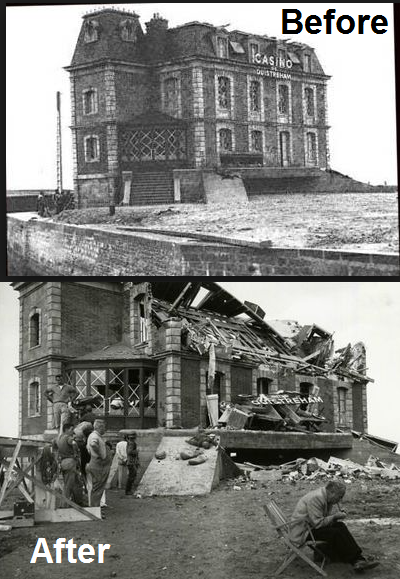 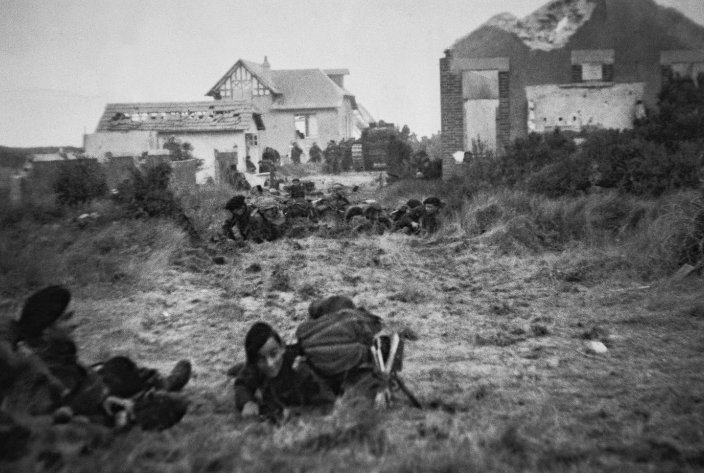