There was no let-up. A determined Charles Foulkes met with his Division commanders within hours after the First Brigades failure on the Fosso Vecchio. New plans were drawn up for yet another joint assault between the First and Fifth Divisions that very night. The object was to force the Germans to abandon the S-shaped Fosso Munio and retire behind the Senio and the task was given to two infantry brigades, the Second and Eleventh, both using two-assault battalions. The two assault companies were pinned along the Munio by heavy German shelling and it appeared the operation was doomed to failure. But Major Cole and A-Company slipped to the right and found a blind spot in the enemy defenses and crossed the Munio, working their way silently past several outposts. The Perths pushed their way towards the objective, Casa della Congregatione, a thousand yards away. The farmhouse fell to them around 0330 and Cole’s company dug in for the inevitable counter-attack. The Germans did not disappoint them. While German troops and tanks repeatedly stormed Cole’s isolated company, Canadian engineers worked feverishly to provide a crossing for the Munio for tanks of the Lord Strathcona’s Horse. It was after 1300 when a bulldozer finally carved out a route for the Shermans, which rumbled toward the fighting at Casa della Congregatione. . .
Attacker: German (Infanterie Division 98)
Defender: Canadian (A Company, Perth Regiment and Lord Strathcona's Horse)

Guns: A:0 D:0
OML 2-in. Mortar
Errata (source)
Players wanting to play this game/Request a match: 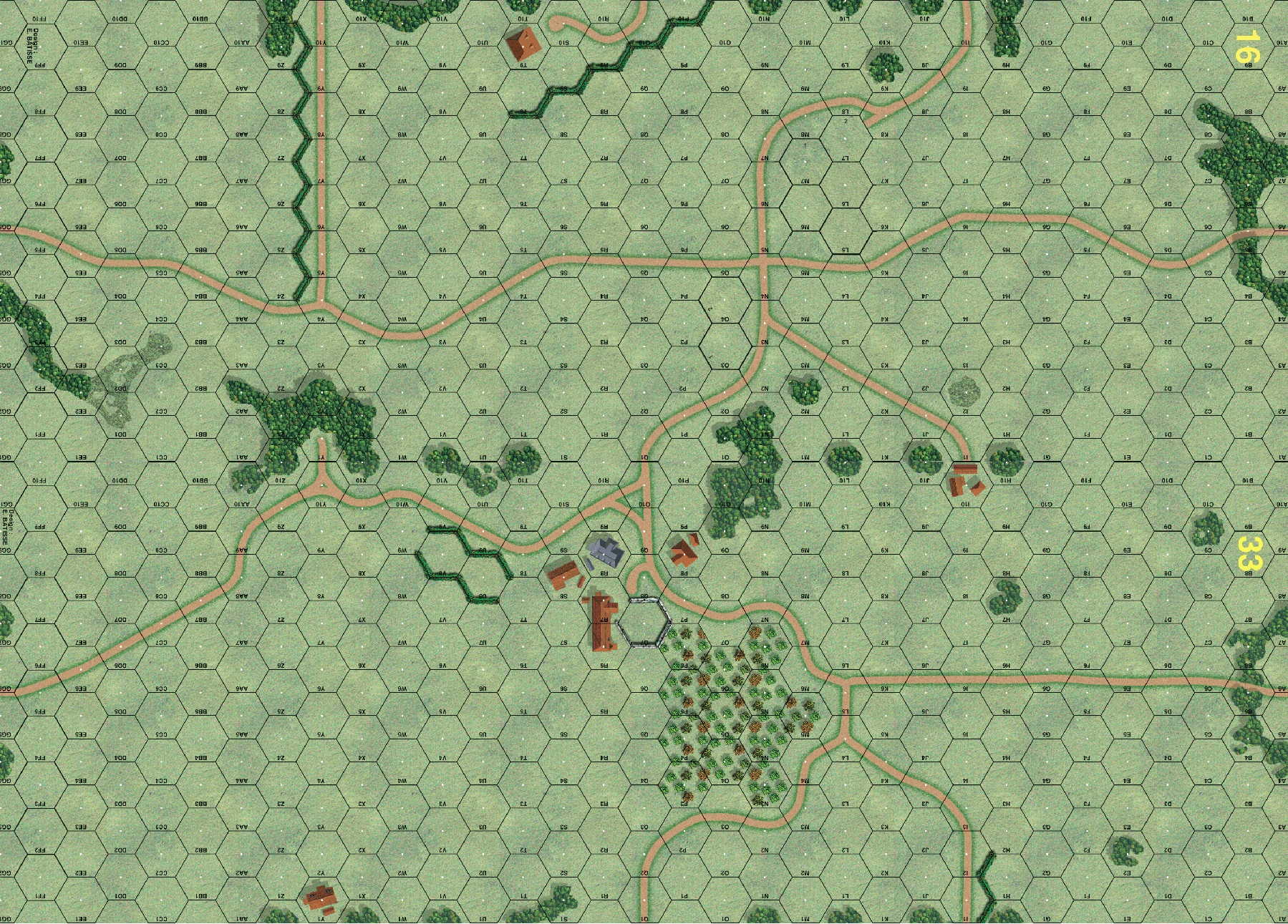