The French 4th Armored Division, incompletely equipped and trained, was sent to threaten the left flank of the penetration. Over a 3 day period, it arrived in a piecemeal fashion to be sent immediately against the Germans. Meanwhile OKH issued the first of the hold orders to the Panzer Corps and the the 17th only, reconnaissance in force was permitted.
Attacker: German (Elements of the Recon Battalion, 1st Panzer Division)
Defender: French (Elements of the 46th Battalion, 4th Armored Division) 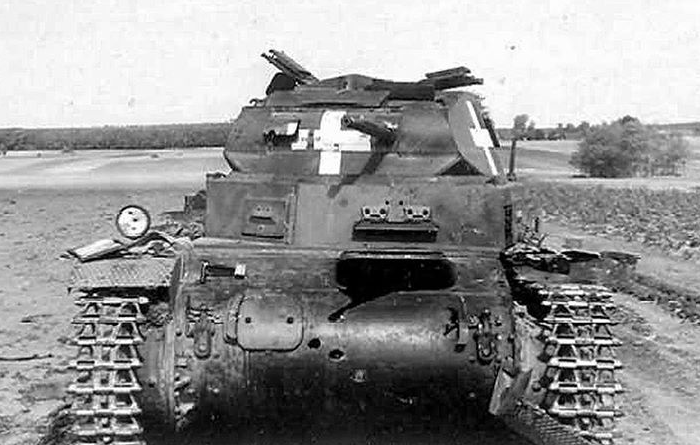