No Overview was included. . . . The Battle of Montcornet occurred on May 17th and Lislet is just south of Montcornet. From Wikipedia : " On 13 May, Colonel De Gaulle was appointed commander of the 4e Division cuirassée (4e DCr), comprising 5,000 men and 85 tanks, with which he led a counter-attack on the village of Montcornet on 17 May. Montcornet had strategic importance because it cut the roads to Reims, Laon and Saint-Quentin, and was a point of transit for the logistics of the 1st Panzer Division. As De Gaulle advanced, he commandeered some retreating cavalry and artillery units and also received an extra half-brigade, one of whose battalions included some heavy B1 bis tanks. On 17 May, at 4:14am, elements of the 4e DCr advanced on Montcornet. After surrounding the village, around noon, B1 bis tanks came under fire from 3.7 cm Pak 36 anti-tank guns and from German Panzers. Though outnumbered and without air support, he attacked and destroyed a German convoy south of the village."
Attacker: French (Elements of the 4th Chasseurs, 4th Armored Division)
Defender: German (Elements of the 1st Panzer HQ) 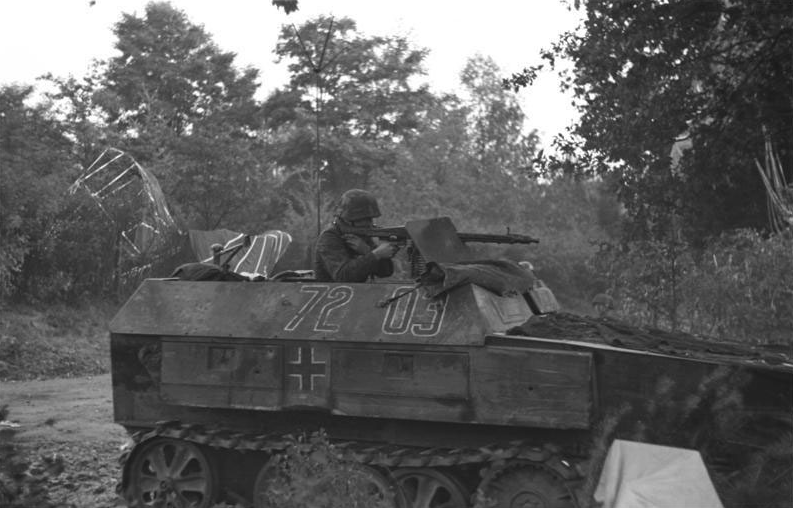