Carentan was the link between the two U.S. beachheads, Utah and Omaha, and also the key to an American drive to the west to cut off the base of the Cotentin peninsula. Defending Carentan was Fallschirmjager Regiment 6, commanded by Major Von Der Heydte. On June 11th, Von Der Heydte had decided to pull out of the town and set up a new defense line to the southwest. For this action, Von Der Heydte was later accused of a mental breakdown and only escaped court martial due to his past record. Meanwhile, the 101st Airborne had flanked the town on both sides, and the pincer came together in Carentan on June 12th. Now they had to prepare for a counterattack.
Attacker: German (SS) (17th SS Panzergrenadier Division)
Defender: American (506th Parachute Infantry Regiment, 101st Airbourne Division and 2nd Armor Division) 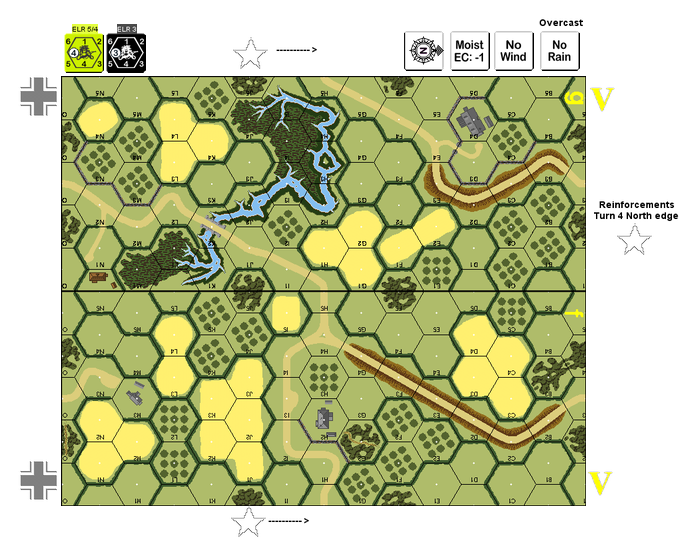 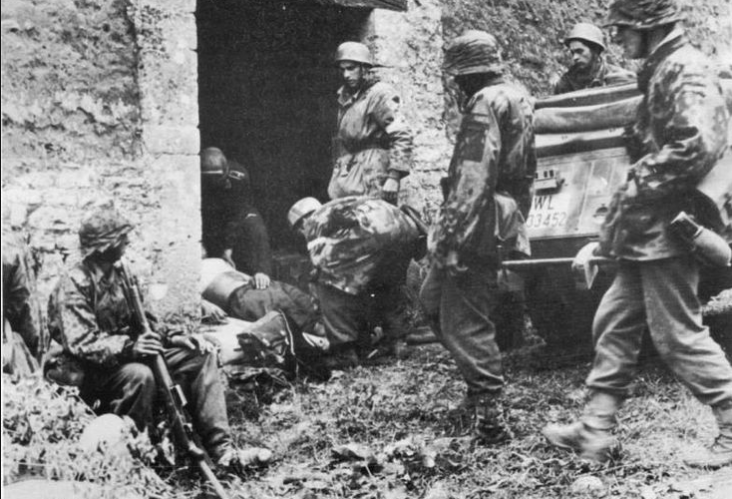