After capturing Ye-U, 2nd Battalion of the Dorsetshire Regiment was ordered to cross the Mu River at a ford north of the town in order to out flank the enemy. The Japanese 124th Infantry Regiment was quite surprised to find the British had crossed the river but managed to set up defensive positions that would force the Tommies to cross six hundred yards of open ground. The 99th Field Regiment laid down a smoke screen and “A” Company began its attack. . .
Attacker: British (Company A, 2nd Battalion, Dorsetshire Regiment, 54th Foot)
Defender: Japanese (124th Regiment, 31st Division) 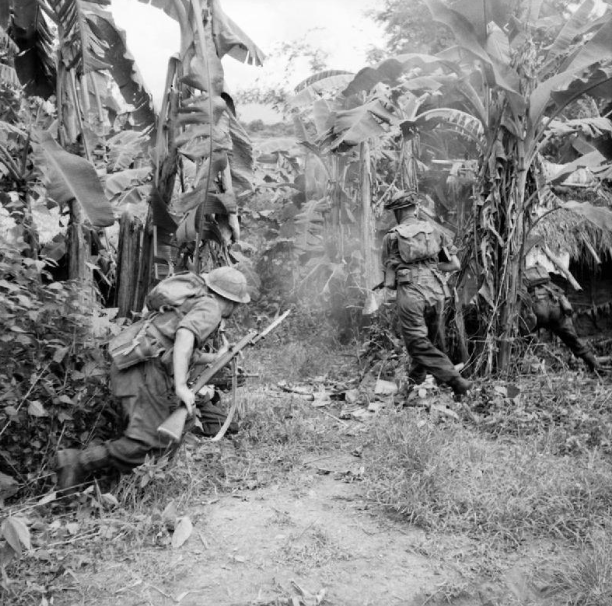