The men of the 505th Parachute Infantry Regiment (PIR) led the Allied invasion of Sicily in the Gela sector. The objective of the 1st Battalion was to seize and hold the high ground overlooking the road junction where the Gela-Vittoria highway met the secondary road leading to Niscemi. The twin hills, known as Piano Lupo, had to be taken and held to block any German counterattacks against the Gela beachhead . . .
Attacker: American (A Company, 505th PIR, 82nd Airborne Division)
Defender: Italian / German (18th Coastal Brigade and the Hermann Goering Division) 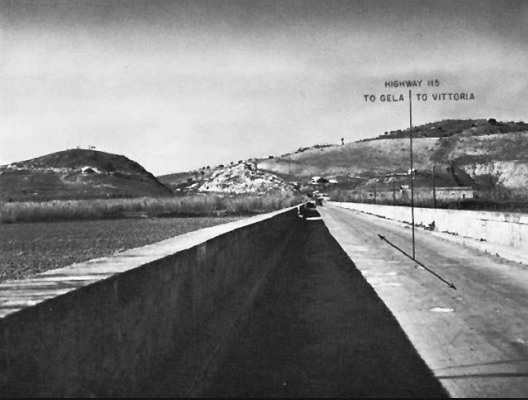