After reaching the Spree, the 79th Rifle Corps needed to clear buildings near the river in preparation for the river crossing planned for that night. The 17st Rifle Division was given the task of clearing the pile of rubble that used to be Lehrter Station, which would then be used as the division’s jump off point for the river crossing. Elements of the 9th Fallschirmjager Division were deployed in the station and tasked with its defense. Reinforced with liberated prisoners from the recently captured Moabit Prison, the leading companies stormed into the station. . . .
Attacker: Russian (Elements 171st Rifle Division)
Defender: German (Elements 9.Fallschirmjäger-Division) 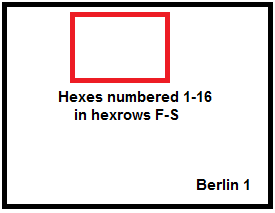