The left flank of the British attack into the Reichswald was the responsibility of the 2nd Canadian Division. Two battalions were dispatched to cut the road from Nijmegen east of Wyler. One would continue east, the other would turn back to capture Wyler, thereby opening the road from Nijmegen. The task of taking the town fell to the Calgary Highlanders. Assuming that the preliminary artillery barrage had seriously weakened the Germans, they sent in one company to assault the town from the rear. Forced into a restricted approach due to the flooded nature of the terrain, the Highlanders ran straight into heavy fire from Germans who had recovered from the barrage.
Attacker: Canadian (Company B, Calgary Highlanders Battalion, 2nd Infantry Division)
Defender: German (Elements of General Fiebigâ€™s 84th Infantry Division) 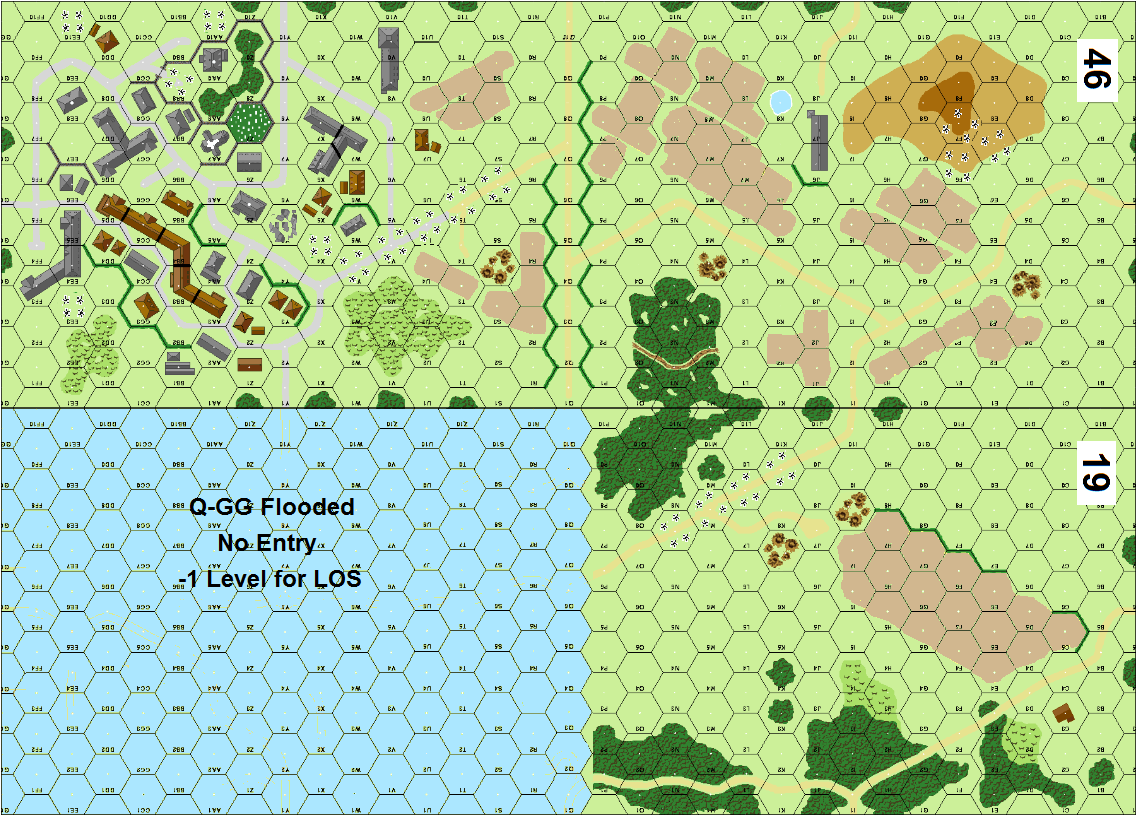